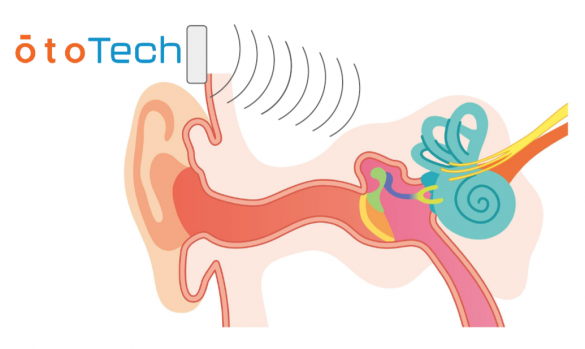 OtoTech was developed by Samuel Owen through his new company Otolith Labs. Strapped in just behind the ear with a headband, the non-invasive gadget generates vibrations against the inner ear nerve responsible for transmitting balance information to the brain. Owen says the device is comfortable and “virtually silent”.

Owen believes the vibrations flood the inner ear with “white noise” and that it causes the brain to ignore the input from the inner ear. Owen said they’ve observed no other effects of the gadget other than your your brain being more comfortable with simulated movement.

Don’t confuse this with galvanic vestibular stimulation (GVS) which we’ve reported on in the past. GVS uses electrodes to send electrical signals that simulate the direction you’re moving in VR- OtoTech uses “white noise” vibrations.

Owen’s device attracted attention from VR training systems supplier VR Motion. VR Motion provides virtual driver training systems to the USAF, among other clients. CEO Keith Maher told us that they have historically seen a 20-30% sickness level among trainees. Recently, the company started using the OtoTech in their systems. Maher said he doesn’t want to make any claims before Otolith receives FDA approval, but that it “enhanced the VR experience” for their clients, and that they haven’t seen any side effects at all.

Researchers at Jaguar Land Rover conducted a double blind study of the device which was submitted to the Journal of Vestibular Study. Owen tells us that, based on the “positive results” of this study, which could be published early next year, a second study is being planned with Coventry University.

This isn’t the only time this technique for mitigating VR sickness has been studied. Back in March, researchers at Queen’s University in Canada published a study in the PLOS ONE journal to assess the effectiveness of the idea. Their results were also positive, finding that it worked across a range of virtual scenarios.

Owen said the solution works seated or standing and that he’s focused on getting FDA approval for the device’s sickness prevention claims. If this technology ever makes it to the consumer market, developers could make large open world environments that players could move around in with a controller without worrying about feeling discomfort.

We are optimistic but skeptical until the results of the trials of this device are made public. Even if it works, it is possible that the technique only works for certain people, or that it only works for particular types of virtual motion. We’ll keep you updated on any further news about OtoTech or any other devices using a similar technique.

UPDATE: Spaces co-founder Brad Herman sent us a patent application from 2014, when he and his co-founder were at DreamWorks Animation, that describes a similar concept to the OtoTech. Interestingly, Otolith’s own patent references this DreamWorks patent. 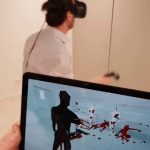 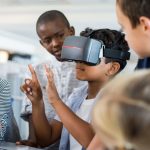