How VR Is Changing Education Process in Schools

If you’ll think about the world the kids are going to enter after they graduate from high school, there is absolutely no way that the world will be vacant of technologies. And, frankly speaking, education in middle and high schools lags behind most.

The most demanding is middle school, obviously. Kids here are already connected to the digital universe and traditional education curriculum can’t compete with the digital world in terms of engagement.

It is increasingly harder for teachers to connect with students and compete with social media in terms of engagement.

What’s good about VR: It doesn’t take the place of anything. It gives the kids a chance to have an immersive experience of the new technological landscape which still educating them according to the curriculum.

Virtual Reality (VR) allows students to memorize things much easier with a lot more details. All thanks to the unique VR’s ability – to communicate through the spatial memory.

The most promising areas of application for VR technology in education stays where the biggest need for engagement and visualization of dimensional objects is. Nowadays, most startups test their powers in K-­12 schools and colleges, the richest sources of government grants and financing programs.

The first and foremost benefit of virtual reality as emerging technology is in the engagement of kids into the educational process. In the age of smartphones and intense digital life, schools can’t keep in touch with kids and the technological landscape they are living in.

To date, one in three students struggles with reading a traditional text. That happens for a wide variety of reasons: visual, cognitive or mental reasons. For all of that reasons a lot of kids that aren’t engaged by the text or unfamiliar with the vocabulary, are out of the game now. Virtual Rуality can change that and engage kids in the educational process by serving the information in a new, visual way.

The company targets high schools and degree programs. Its VR content simulates a lecture hall in order to supplement the course with images, videos, and spatial experiences, which provides students a better understanding of learning material. Immersive VR Education is partnering with several universities and colleges including University of Oxford, New Haven University, Royal College of Surgeons in Ireland, etc.

Unimersiv releases education content for VR headsets. To date, it covered a wide variety of topics starting from journeys to ISS and Ancient Rome, and ending with Human Anatomy. VR content can be played on all popular headsets: Samsung Gear VR, Oculus, Daydream, Google Cardboard, Vive.

This initiative was launched in 2015 and is aiming to test and promote the power of Virtual Reality among all worldwide. According to the program, thouthands of schools get a VR kit for a day to take kids on a virtual tour.

Alchemy VR is an ambitious project in terms of VR content quality and partnership. The company partnered with Samsung, Google Expeditions, Sony, HTC, the Natural History Museum in London, and the Australian Museum in Sydney. It even produced several tours for Google Expeditions. Now Alchemy partners with movies start like Judi Dench to test VR power in humanities.

The company has built its technology off the ground. It provides its own 3D monitors and glasses which makes content come off the screen. The tech works similarly to 3D movies but grunts the possibility to interact with objects on the screen.

Considering all aforementioned no wonder that over 4 years (since 2012) VR startups have attracted about $1.5 billion from venture capital. The promises of state grants and subsidies attract an increasing number of investors from Northern Europe, the U.S., and Canada.

In 3 to 5 years perspective Virtual Reality promises unique business opportunities and what’s more appealing, the technology can be applied in one of the biggest markets: education. Just think of it: VR educational apps have the biggest audience possible: millions of students around the world.

In addition, there are two kinds of VR (interactive and non-interactive) which gives developers a generous gap in terms of budget. You can start from the development of simple non-interactive VR content and then get to the more advanced versions. But first, you probably want a better software consultation on that matter.

How Virtual Reality Is Changing Education Process in Schools 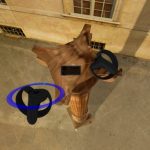 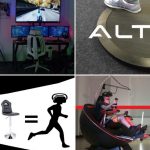 thanks for the post, If you’ll think about the world the kids are going to enter after they graduate from high school, there is absolutely no way that the world will be vacant of technologies. 100%