LAS CRUCES – When classes begin early next month at New America School in downtown Las Cruces, students will be able to dissect an eyeball with the click of a mouse.

They’ll also get to feel heartbeats at their fingertips while examining a cross-section of a human heart, watch the entire life cycle of a butterfly before their eyes, and later solve a crime through the latest forensic science technology.

All of which will be made possible through five recently purchased computers featuring technology that combines virtual reality and augmented reality to create an immersive and interactive learning experience.

„We looked at these computers and we thought this was a great way to bring the technology and the science into our classroom while keeping our students safe,“ Porter said, „and they don’t have to have a large, fully equipped science lab when we can bring it just to a computer.“

A 3D console from zSpace — which allows students to learn in a 3D augmented reality — will be used for science classes at the New America School. Students can dissect digital animals and human organs to learn biology and anatomy. Friday July 28, 2017. (Photo: Josh Bachman/Sun-News)
The school purchased the computers with funds it receives from Spaceport America, Porter said. Each computer features a 24-inch high-definition, flat-screen display and comes with a stylus, 2D conversion glasses, passive stereo glasses, as well as a mouse and keyboard.

About 200 students enrolled at the school will start using the computers when the fall semester begins on Aug. 7. In preparation for students, Porter and two other teachers were trained on the computers this week by a representative from zSpace.

Science teacher Patricia Dahlin-Dunne trained Friday in her classroom, where all five zSpace computers will be housed.

„Oh my gosh, I was blown away,“ Dahlin-Dunne said of her first experience using the computers. „To feel the heartbeat in the stylus when I am looking at (the heart) — and I can see what it looks like when your heart’s at rest (and) feel what my heartbeat would be doing after I’ve been exercising.“

She added: „You see it, you hear and you feel it. It’s just an incredible feeling.“

Students can study a number of sciences via augmented reality on the 3D consoles from zSpace that will be used this year at New America School. Friday July 28, 2017. (Photo: Josh Bachman/Sun-News)

Dahlin-Dunne said her students will spend their first few classes learning how to operate the computers before starting lessons. Afterward, she said, „I want to use the dissection (app) because all the kids want to dissect.“

She expects that students will be „fully engaged“ in learning when using the computers. „They’re not going to want to leave,“ she said.

Dee Dickens, the representative from zSpace who trained the educators at New America School, said there are very few zSpace computers in schools throughout the United Stated.

The Las Cruces Public Schools did not immediately respond to questions Friday asking if the district had similar computers in its schools.

Dickens said zSpace began rolling out education-based computers more than two years ago, and feedback from students and teachers has been largely positive, she said.

„I think this is the first piece of equipment that I’ve seen teachers jump on board and say this is a useful tool I can use in my classroom — there’s excitement,“ she said. 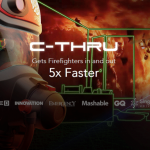