Microsoft has recently announced that it is expanding the cross-platform interoperability for its Mixed Reality Toolkit 3 (MRTK3) to now support Qualcomm’s Snapdragon Spaces platform.

According to Microsoft, cross-platform tools such as MRTK3, which work across the full spectrum of mixed reality (MR) devices, are important to making app creation less fragmented. This reduced fragmentation helps to make things less time consuming for mixed reality app and game developers, who often use a broad range of tools and hardware to support their solutions and creative vision, including for augmented or virtual reality (AR/VR) projects.

Microsoft stated that the growing adoption of OpenXR has been key to moving towards a more builder-friendly MR ecosystem. OpenXR is an open royalty-free API standard from The Khronos Group that provides native access to a wide range of devices from many vendors across the mixed reality spectrum. Because MRTK3 is built natively on OpenXR, it is highly portable across OpenXR-based devices including HoloLens 2, Meta Quest 2, Magic Leap 2, and Ultraleap, among others, according to Microsoft.

This latest expansion of MRTK3’s interoperability means that developers using MRTK now have more places to land their applications with little to no platform-specific code, according to Microsoft. Snapdragon Spaces enables developers to build immersive applications for AR glasses from scratch or add head-worn AR features to existing Android smartphone applications. Because it is conformant to the Khronos OpenXR runtime specification, Microsoft stated that developers will find that many MRTK3 features work out of the box.

The company added that in the near future, when MRTK3’s full range of capabilities is implemented on Snapdragon Spaces, developers will be able to do even more with the toolkit. This will include data binding, theming and a more straightforward way to implement object manipulations, like grabbing and resizing 3D objects.

In a blog post on the announcement, Microsoft stated: “We are thrilled to see Qualcomm and so many other platform and device makers coalesce around open standards. This will ensure that developers’ investments in OpenXR-based tools will remain valuable even as new devices and platforms emerge. More importantly, reducing platform fragmentation will allow developers more time to innovate, solve problems, and delight users.” 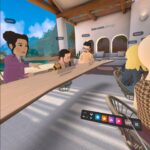 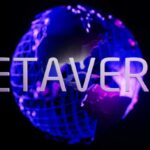 What’s in store for the media tech industry in 2023: AR, VR, and the metaverse