As if Disneytown wasn’t fun enough as it is…

VR entertainment company SoReal announced that it’s opening a new VR entertainment center at Shanghai Disney Resort in China, and based on the photos provided, guests have quite a bit to look forward to.

SoReal’s flagship VR SuperSpace will feature two floors of immersive entertainment, some of which is based on the immensely popular Chinese classical novel, Journey to the West. On the first floor, visitors will find a variety of location-based VR experiences. This includes a “weightless” VR game in which players hang slightly above the ground as well as a VR motorcycle experience.

“We are delighted to see SoReal introduce their creative new experience leveraging their cutting-edge technology, and we believe this new addition will further elevate the overall entertainment experience for our guests visiting Disneytown. We are also pleased to create a strong relationship with SoReal, providing convenient solutions for guests to plan their visit to the resort.”

On the second floor, visitors will find a walkthrough VR experience based on the hit Chinese film series The Monkey King. Here they can battle it out in both single-player and multiplayer experiences alongside friends and strangers. The entertainment center will also feature holograms and various other special fx.

“We are extremely excited that SoReal’s first flagship store in Shanghai will open in Disneytown very soon,” added Michael Qi, co-founder, and CEO of Sky Limited Entertainment. “Our team has been working tirelessly over the past year to design and create this exciting new theme, tailored content, and unique experiences that will be available exclusively in this new location at Disneytown.”

The SoReal VR SuperSpace will be open to the public at Disneytown’s Lakeshore area. Those interested can purchase tickets bundled with admission to Shanghai Disneyland beginning September 10th. Tickets for just the SuperSpace can be purchased individually right now. 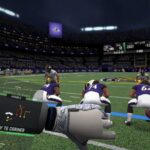 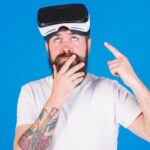