Step into the cleats of a professional NFL quarterback.

NFL PRO ERA lets you step into the cleats of a professional quarterback and lead your favorite NFL teams to victory in 11-on-11 matches powered by real-time NFL game data. As the starting QB, you’ll not only choose the plays your team runs, but execute them on the field as well.

Not only can you play through entire seasons including the Super Bowl, but you also have access to a practice field complete with various mini-game skill checks. There’s also a locker room, trophy case, and multiplayer sandbox where you can toss around the pigskin with friends while exploring your favorite NFL stadiums.

“We are excited for fans to feel how fun it is to make the plays and game decisions of an NFL quarterback, just like our cover athlete Lamar Jackson,” said Andrew Hawkins, Co-Founder and President of StatusPRO and former NFL wide receiver.

“Getting to relish in the energy of thousands of cheering fans, in your favorite stadium, as you get a glimpse of what it takes to compete at the highest level in our game is truly something I feel every football fan is going to remember forever.”

“For fans to be able to experience everything that I do, from a quick slant to a long bomb while trying not to get sacked, is next level,” added Baltimore Ravens quarterback Lamar Jackson.

“This is unlike any other game you’ve experienced. As the quarterback, you take the snap, and you feel the pressure of what it’s like to make a big play. The gameplay action is as close to reality as you can get! I’m proud to be the brand’s first-ever cover athlete.” 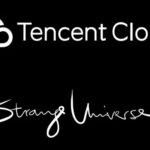 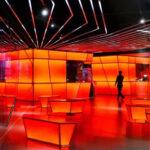