Geenee AR, an augmented reality (AR) technology company and provider of a WebAR publishing platform for Web3 Creators, has today announced the launch of a multiplayer augmented reality game called ‘NFT All Stars’, which the company states has been “custom-built for the metaverse.”

The game can be played on any device that connects to a web browser, and features characters from top NFT projects including Nomad Blvd, Nouns, Non-Fungible People, Doodles, CloneX, The Sandbox, Head5, MeSkulls, Ready Player Me Punks and SupDucks, with more avatars and levels coming soon.

Additionally, Metamask sign-in can be integrated on a project-by-project basis, allowing NFT owners to play as the specific avatar they hold in their wallet.

Players compete against each other in real-time, running and flying to collect the most AR stars to win the top spot on the game’s global leaderboard. The game was created in the Geenee WebAR Builder, and the company has stated that the entire experience can be used as a template for anyone who wants to add their own 3D avatars, using the same game mechanics or to develop a custom augmented reality game.

Key features of the game include:

Commenting on the game’s launch, Elena de Sosa, VP Partner Development at Geenee AR, said: “Transforming 2D PFPs into real-time, interactive 3D is the logical next-step of any metaverse roadmap. Project holders seek utility and want their avatars’ stories to progress. Geenee is excited to help tell those stories in a fun and meaningful way.”

“The Nomad Blvd community believes in a hybrid world consisting of digital and physical, and AR is undoubtedly an unlock for bridging the two. We found a great partner in Geenee to bring 2d art into exciting 3d form factors,” added Andy Thoe, Co-Founder, Nomad Blvd.

“It’s incredibly exciting to see the release of NFT All Stars from Geenee AR and to have my CloneX brought to life,” said CloneX #16127 holder, JaySerpens. “We’re barely scratching the surface in terms of what’s possible when you combine storytelling, creativity, digital asset ownership, and the power of Augmented Reality. It’s awesome to see Geenee innovating with their unique web-based AR game.”

Designed and built by the team at Geenee AR, players around the world can access NFT All Stars today here. Geenee AR stated that in the coming months new levels will be unlocked and more avatars will make their official in-game debut.

To find out more about Geenee and its WebAR Builder, please visit the company’s website. 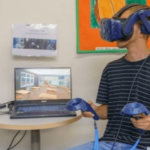 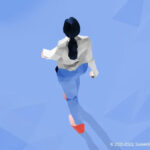 The Metaverse: Just A Fad, Or The Future Of L&D?