Tilt Five, Inc., an augmented reality (AR) entertainment company, in partnership with CATAN GmbH, CATAN Studio, Twin Sails Interactive, and Blazing Griffin, has this week announced that the beloved CATAN game will be reimagined as tabletop holograms on the Tilt Five AR gaming system. As a result of the partnership, ‘CATAN – Tilt Five AR’ is set to release Spring 2023.

Since its debut in 1995, CATAN (formerly The Settlers of Catan) has become one of the best-selling board games in the world, won many awards, and captured the hearts of an estimated 100+ million players across the globe.

The Tilt Five version will offer players an exciting way to immerse themselves in the world of CATAN, enabling them to watch the island come to 3D holographic life while keeping an eye on their fellow players around the table.

The Tilt Five system was developed with gamers and tabletop enthusiasts in mind and invites players to enhance their game nights with immersive 3D technology. Using proprietary AR glasses, a retroreflective game board, and a wand motion controller, Tilt Five players can explore holographic worlds with family and friends together at home or online.

Tilt Five stated that it is developing a new way to experience exploration, building, and diplomacy in CATAN. Players can enjoy this immersive version of the game together around a table, remotely with other players around the world, or solo against classic AI opponents. The game will allow players to interact with the Catan island in new ways using the Tilt Five Wand and watch the island’s wildlife and environment come to life in holographic 3D.

“Tilt Five was founded by gamers,” said Jeri Ellsworth, Tilt Five’s CEO. “Our passion has been to bring the next evolution of gaming technology to fans of digital and physical games around the world. The magic of Tilt Five’s technology is that it allows virtual worlds to co-exist alongside our physical one, with a solution that is comfortable, affordable, and easy to use.”

“We are always looking for new and unique ways to expand the world of CATAN and engage our dedicated community,” commented Arnd Beenen, COO, CATAN GmbH. “We’re excited that the Tilt Five system allows players an increased level of immersion where they can explore the rich environments and stories that CATAN is known for.”

We were able to try out the Tilt Five system for the first time back in June at AWE USA 2022. It was an extremely impressive and enjoyable experience that offered a refreshing new take on both tabletop gaming and augmented reality gaming (in our opinion, it deserved to win the Auggie Award for ‘Best in Show – Augmented Reality’).

Tilt Five Systems are now available for pre-order in 30 Countries. The company is also exhibiting at Gamescom in Cologne, Germany this week from August 24-26, 2022, where attendees, media, and exhibitors can learn more and demo the Tilt Five System. 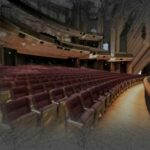 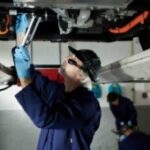