AR Glasses For EMTs Could Be A Literal Life-Saver

Immersive tech could prove vital in emergency situations where every second counts.

Emergency medical technicians (EMT) in Japan are being equipped with augmented reality (AR) glasses as part of a trial program designed to highlight the benefits of immersive technology in emergency medical situations, and the results may be promising.

During the experimental program, select ambulances are given access to a Vuzix M400, lightweight smart glasses capable of projecting virtual images over the real-world, which EMTs can use to convey critical information to hospitals before their arrival via two-way audio and video calls.

By allowing doctors and nurses access to a patients vital signs, ECG readouts, and facial expressions in real-time, Vuzix claims that various departments can perform examinations and preliminary medical treatment before the ambulance even arrives. Hospital staff can also advice EMTs during in-transit emergency treatments, such as a blood transfusion or surgery.

“Among their expanding healthcare uses, Vuzix smart glasses can be an important life-saving tool for EMTs that require critical interaction and support from the hospitals to which they are headed,” said Paul Travers, President and Chief Executive Officer at Vuzix, in an official release.

“Our glasses are lightweight, comfortable and completely wireless, making them ideal to be used alongside the other head-mounted equipment EMTs must wear. We look forward to seeing an expansion of this trial by its participants, as well as adoption for similar usage by other providers in Japan and around the world.”

For more information on the Vuzix M400 visit here. 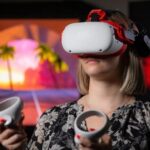 How People Adapt to Cybersickness From Virtual Reality 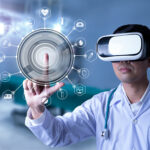 Where gaming and medicine collide: How AR and VR are influencing health care education