NVIDIA introduces exciting developments for the NVIDIA Omniverse at SIGGRAPH.

It’s an exciting time for the metaverse as NVIDIA unveils upgrades to its NVIDIA Omniverse, the real-time graphics collaboration platform aimed at making a more realistic metaverse.

For decades, NVIDIA has been at the forefront of innovation in computer graphics that go beyond computers and impact various fields like healthcare, science, gaming, research and development, meteorology, and many others.

It’s no surprise that during SIGGRAPH 2022, the most significant conference for computer graphics, the company unveiled its latest developments geared at making the metaverse as ubiquitous as the Internet we have today.

While the definition of the metaverse is still debated, software and hardware maker NVIDIA defines it as a network, not a single place. That’s why the company is building the NVIDIA Omniverse, an extensible platform designed to help developers create realistic 3D environments.

The platform has been downloaded 200,000 times, and during the SIGGRAPH conference, NVIDIA proudly unveiled the platform’s future.

One of the most exciting developments announced was the NVIDIA Omniverse Avatar Cloud Engine (ACE), a set of tools and services for creating AI-powered virtual assistants.

Using these tools, developers can build realistic avatar applications that can analyze human emotion and transfer this to the avatar.

Targeted for release next year, future versions are already envisioned to have the ability to create lifelike avatars merely by scanning a single photo. The tools can also make high-fidelity muscle movements for an avatar simply by watching a video.

The NVIDIA Omniverse platform’s latest version will have upgraded core technologies and connections to commonly used metaverse building tools like Unity, Autodesk, Blender, SimScale, Siemens JT, and many others.

Through its Omniverse Connectors, the platform aims to be a “network of networks,” allowing users across various disciplines and industries to work with each other. The upgrade is timely as we enter an era of digital twins and see new industrial customers who are interested in metaverse development.

Other technology upgrades in the Omniverse include Material Definition Language (MDL), an enhancement that can simulate physical materials accurately, and PhysX, an upgrade that employs real-time physics by supporting soft-body and particle cloth simulation, bringing physical accuracy to virtual worlds.

NVIDIA Research also developed neural graphics capabilities for the Omniverse by combining AI and RTX graphics. Some of the things this upgrade can do include realistic iteration of animal forms, 8K 360-degree panoramas, and instant 3D object rendering from 2D images.

Developers can also use the NVIDIA Modulus Omniverse Extension AI to simulate real-world physics up to 100,000x, making the metaverse feel like the physical world.

Building a 3D Internet With USD

Rev Lebaredian, NVIDIA’s Vice President of Omniverse and Simulation Technology, believes USD will open more opportunities than those in the physical world.

NVIDIA is just one of the many multinational companies adopting metaverse technology to prove the metaverse is not just a fad but a future ubiquitous reality. Retailers, multi-national brands in various industries, and government agencies are beginning to embrace metaverse and Web 3.0 strategies.

With the developments in the NVIDIA Omniverse, NVIDIA is providing the tools to help developers create a realistic metaverse at scale. It won’t be long before we start to experience the metaverse as often as we browse the web today. 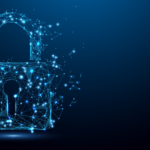 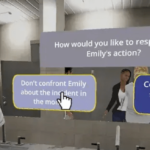