First responders have used virtual reality to train for certain emergencies for years, but those simulations are usually limited to a screen and don’t give responders hands-on experience.

A new one-of-a-kind training center opened in Boulder, Colorado, to take virtual reality training for first responders to the next level.

“How can we do better to protect not only the public but ourselves from the dangers that we’re dealing with? This is really where it’s at,” said John Weaver, the assistant fire chief at the Longmont Fire Department.

This center is a joint venture by the U.S. Department of Commerce First Responder Network Authority, or FirstNet Authority, and the National Institute of Standards and Technology. It combines virtual reality with real sets, props and obstacles.

“So, if they were having a fire nozzle to spray and put out a fire or if they’re interacting with a piece of metal equipment or a triage activity, they could still interact with that real thing and get that real feel,” said Scott Ledgerwood, of the National Institute of Standards and Technology, or NIST.

When he put on a headset, he saw a smoky room to navigate. In actuality, he had to feel his way around a real room to find the victim he was training to save.

However, Holmes said he believes this hands-on training will be more effective for first responders, who typically learn better in hands-on experiences.

“That becomes a very big, I think, a game changer for us. Having the controllers…is not the same as being able to use your hands like you actually would,“ he said.

“Training is really important to really plan for, you know, these high risk, high-stress scenarios that maybe occur once a year, maybe every five years,” said Ledgerwood.

The training here costs less than traditional in-the-field training and it covers all kinds of incidents from an active shooter emergency to extreme weather to a house fire.

“There are endless possibilities and kind of a low cost, quicker way to get those experiences to the entire line staff without one, putting them in danger, or putting them in ideal atmospheres and increase the amount of training in a more rapid fashion,” said Holmes.

AR headsets are smaller than VR headsets and give first responders live data about an incident right in front of their eyes, so they don’t need to look at a phone or computer for updates.

Another large piece of this center is collecting data points and studying how technology can better help first responders. Information gathered here while departments are training could be implemented in the field in the years to come.

“This, this technology absolutely will save lives. And that’s the public, for sure. But that’s also first responders. That’s a big deal,” said Weaver.

A big deal, available to any department for free, and all in hopes of making real communities safer one simulation at a time.

There are additional projects and technology being developed in this center to improve first responder work. For more information on FirstNet Authority and NIST and their efforts inside this center, click HERE. 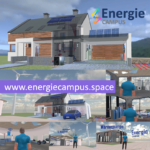 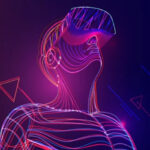