Meta is adjusting its content policies for Horizon Worlds and introducing a new content rating system for “mature audiences”.

Meta signposted the change in an email sent out to Horizon Worlds users, indicating that creators need to apply a content rating to their worlds to show whether it is appropriate for all ages or only for mature users (age 18 and over). If creators take no action and do not update their existing worlds within the next month, then those worlds “will default to 18+ regardless of the content in the world.” Creators can find the new rating option in the World tab in Build mode, and it can be adjusted at any time.

Meta’s Mature Worlds Policy for Horizon can be read here with examples listed below of the content the company will allow in the mature social spaces in Horizon Worlds as well as content “not allowed even with a 18+ tag.”

The change comes as Meta unbundles Facebook accounts from the core experience of its Quest VR headsets and replaces them with Meta accounts which require a name and “date of birth so we can verify your age”. Notably, Facebook required people use the name “they go by in everyday life” with its earlier policy, but that’s not the case for Meta accounts.

Meta had previously limited access to Horizon Worlds to adults by using their Facebook accounts as a gating system, but we’ll be curious how enforcement of these policies is handled going forward with the company moving to Meta accounts. Regardless of the experience, Meta advises Quest users be at least 13 years of age with other recent feature additions that give parents increased supervision over teenagers using Quest headsets. 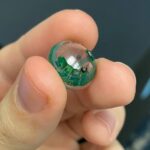 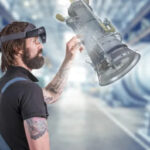