According to researchers at ReasonLabs, a leading cyber security company, hackers have developed a new form of VR malware for Android-based headsets like the Meta Quest that lets them record your headset screen.

The “Big Brother” attack vector works by infecting unsuspecting PCs and lying dormant in the system waiting for a Developer Mode-enabled device to connect, at which point the program opens a TCP port. Hackers can then record your VR sessions remotely whenever the headset is connected to the same WiFi network as the PC that was originally infected.

RealityLabs notes how many companies use Developer Mode to run their own proprietary apps for employees and clients. Developer Mode is also required in order to sideload VR games and apps to devices such as the Meta Quest. As a result, this VR malware may present a significant threat to popular VR devices including the Meta Quest and select HTC Vive headsets.

“It’s important for consumers to understand the risks in switching their devices to Developer Mode,” said ReasonLabs in an official release. “If Developer Mode is necessary, be sure to take the proper precautions by utilizing next-generation endpoint protection solutions on all personal devices.” 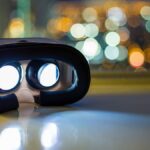 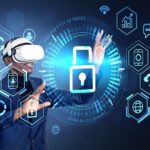