The XR Association (XRA) joined an Emerging Technology Conference backed by the Advanced Technology Academic Research Center (ATARC) to discuss emerging technologies and their role in the public sector, the organisation reported on Monday.

The Government Information Technology Executive Council (GITEC) hosted the conference, which took place in Annapolis, Maryland, and gathered IT leaders at the federal and state levels.

Oberon Technologies employ vital XR technologies for training and information solutions and designs, deploys, and optimises its creations for firms seeking to boost safety and efficiency.

Friend with Holograms joined the demos with a VR session to provide workforce diversity, equity, and inclusion (DE&I) skill-building exercises. The company promotes the soft skills sector with virtual, augmented, and mixed reality (VR/AR/MR) modules to build a better society.

It has also offered its consultation services to major Fortune 100 firms such as Walmart, Coca-Cola, Verizon, Lowe’s, Accenture, and PriceWaterhouseCoopers (PWC), among others, and has earned several prestigious awards from the SXSW and Mobile World Congress (MWC).

The enterprise has also worked with Unity Technologies to develop XR solutions for such businesses.

The consultancy features notable executives such as Kevin Cornish, Founder of Moth+Flame, and Cortney Harding, its Founder and Chief Executive, and has advocated the use of immersive trainers, which have led to a 75 percent decrease in training costs and 31 percent jump in employee retention, according to its website.

The news comes just months after the organisation united representatives across the industry for its first-ever Future of XR Advisory Council (XRAC) meeting to discuss best practices for the Metaverse.

The Association also attended the fifth annual Virtual Reality Day event in November last year to discuss the effects of XR technologies on numerous sectors and the global economy.

It launched a further event, the XRA Limitless Future > XR for Learning and Development (LFC) Conference, to discuss XR technologies and their effects on training and education with top organisations across the sector.

A Washington, DC-based association representing the global XR industry, The XRA aims to facilitate the positive development of such technologies along with best practices for the industry. It hosts some of the world’s largest tech companies such as Microsoft, Accenture, Unity, Qualcomm, and many others. 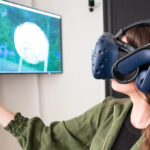 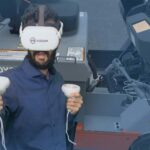