Has technology gone too far?

Researchers working for Carnegie Melon University’s Future Interfaces Group have developed a new haptic feedback device that utilizes ultrasonic transducers to simulate a realistic sense of touch on your mouth, allowing for more realistic VR experiences. The team recently posted a video showcasing a variety of interesting simulations, from eating and smoking to giant spider attacks.

The aforementioned ultrasonic transducers can be used to simulate various real-world sensations by focusing acoustic energy on the user’s mouth. By combining subtle pulsations, researchers can replicate everything from drinking hot coffee to smoking a cigarette. The same technology can also be applied to your teeth, as shown in the tooth brushing demo.

In addition to the above-mentioned uses-cases, researchers went into surprising detail explaining how the system could be used to recreate various spider-based interactions. Using a combination of effects including single impulse, pulse trains, swipes in the x, y, and z directions, and persistent vibrations, users feel sticky cobwebs, jumping spiders, spider goo, and venom interact with their mouths in noticeably different ways.

In the video we see the technology being used in combination with a Meta Quest 2 VR headset. According to the team, the system can be integrated into any VR headset as an attachment, opening the doors for even more possibilities. Needless to say, the team’s ultrasonic transducers attachment is very much a prototype and there are currently no plans for a commercial release. That said, as haptic technology continues to improve we’ll no doubt begin to see the conversation around mouth haptics begin to grow as well.

“The mouth has been largely overlooked as a haptic target in VR/AR, despite being second in terms of sensitivity and density of mechanoreceptors, only behind the fingertips,” said Future Interfaces Group in their paper. “Equally important, the proximity of the mouth to the headset offers a significant opportunity to enable on- and in-mouth haptic effects, without needing to run wires or wear an extra accessory.”

“However, consumers do not want to cover their entire face, let alone put something up against (or into) their mouth. For AR, the industry is trending towards glasses-like form factors, so as to preserve as much facial expression as possible for human-human communication. Even in VR, smaller headsets are the consumer trend, with the mouth exposed and unencumbered.”

As for how this technology will end up being used, we’ll just have to wait and see. While Future Interfaces Group’s video features a heavy amount of spider-based interactions, we could easily see this technology taking off within the social and adult VR spaces. The technology could also prove interesting among food and beverage companies looking for new ways to capitalize on immersive technology and the growing metaverse trend. After all, big-name companies like Wendy’s and McDonald’s have already expressed their interest. 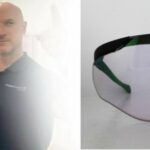 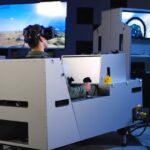