Little Cities is an upcoming city creation game for Quest that looks to bring much of the same city simulator flair to VR of prolific series such as Cities: Skylines and Sim City. Now the pint-sized city simulator is set to arrive April 21st on Quest and Quest 2.

The studio also threw out a new release date trailer which includes a bit more gameplay. In it, we get a look at some newly revealed island types, including volcanic islands which bring the risk of eruptions. This is offset somewhat by geothermal vents which can be used to power cities. We also see desert islands, which feature sandstorms that can be quelled with trees.

Purple Yonder also shows off Archipelagos which it says bring the challenge of building bridges to efficiently connect your different neighborhoods.

“Each island also features its own set of unique buildings that you will unlock as your city grows from a humble settlement to a bustling metropolis. These include a thermal spa and a water park on Volcano islands and an aquarium and a stadium on Tropical islands,” the studio says. Check out the new trailer, linked below.

In it, Purple Yonder says you’ll be able to build cities in the classic fashion, albeit by hand via Touch controllers; start by building simple roads and carefully zone your islands according to residential, commercial or industrial.

The game will be playable both seated and in room-scale mode, letting you move around like a veritable Godzilla as you manage your town from above. 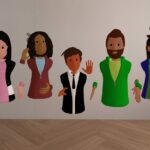 The Metaverse Saved My Life, Now I’m Using it to Save Others 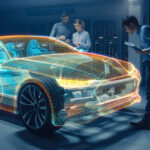 Building A Business Case For XR In The Automotive Industry