AR Smart Glasses for Enterprise and Consumers: A Conversation With Vuzix’s Paul Travers

The President and CEO of Vuzix talks news and forecasts for AR smart glasses.

By now, you’ve probably seen that Vuzix released two new AR smart glasses at CES – one for enterprise and one dipping its toes in the consumer side of the pool. As the dust of these announcements was settling, we had a video call with Vuzix President and CEO, Paul Travers, about what this and other news means for Vuzix and the larger AR industry.

Early this month, smart glasses manufacturer Vuzix announced the M400C and the Shield.

The M400C is a lighter-weight version of the already popular M400. Vuzix was able to pare the product down by removing the computer. This means that the glasses are smaller, lighter weight, and less expensive, but they also have to be plugged into an external device – which is a fine trade-off for people who aren’t necessarily on the move on their job site.

The Shield smart glasses are still marketed toward enterprise but will be available to consumers for around $2k. Even with built-in touch controls and audio, the highlight of the Shield is the dual-waveguide display, making this the first binocular Vuzix display since the company pivoted away from mobile-based virtual viewers for consumers a number of years ago.

“If you go back in time, we used to make a binocular display that you could plug into your iPod,” said Travers. “Since we moved into enterprise, this is our first.”

The two models have some use cases in common, but the “killer app” for each is somewhat different. The M400C is good for hands-free information access, for example, warehouse workers being able to pull up product information on a package as it rolls by. On the other hand, the Shield is optimized for remote support.

Remote support has seen a huge boom during the pandemic – which seems to be not as far behind us as we might have once thought. Even if the pandemic were to end tomorrow, the market for remote support service providers and hardware wouldn’t shrivel up, according to Travers.

“[Remote support] is here to stay,” said Travers. “From fixing equipment to maintaining operations, to mentor/mentee programs… you get it all, you get it quick, and you get it on a hands-free display.”

Exploring the Components of Smart Glasses

More than anything, Travers has a soft spot for design. During our video call, he held up the computers that run the Shield – a pair of them, each around the size of a pencil eraser. He also talked about the display from the waveguide that appears to be about the size of a grain of rice but at 2M Nits of light are easily bright enough for indoor or outdoor use.

“The other piece that’s unique about these glasses is that the displays are designed in the waveguides to be focused at 1.5m away. Most Waveguides are infinitely focused, so if you wear glasses for vision correction you need to wear those glasses [to see that display],” said Travers. “Your human physiology looks at this thing and everything is right.”

It’s a good thing that Travers is passionate about Vuzix design and components because Vuzix isn’t the only company working with those components. While he couldn’t share too many details, Travers did express that Vuzix parts are making their way into other smart glasses coming to market – yes, that includes the consumer market.

“More than one big tech company is buying our parts to make something for the masses,” said Travers.

Who will bring us those models is a point of speculation. How those models will come to us is anyone’s guess. Vuzix smart glasses are built on modular design, allowing users to buy and swap additional parts to accommodate different fits, environments, and use cases. This is increasingly becoming the trend for XR wearables, making future form factors hard to predict.

We have a lot to look forward to from Vuzix. And of course, we can be even more excited knowing that their hardware will appear in to-be-announced smart glasses from other vendors. It is indeed an exciting time. Augmented Reality in Manufacturing: What is It and What Does it Do? 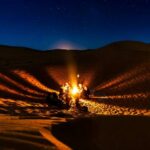