As part of their respective metaverse strategies, Microsoft and Qualcomm are working on chips that could be used in future AR glasses. .

The two companies are positioning these developments as yet more ways they will be participating in the metaverse — a vaguely defined term that some use as shorthand for AR/XR and others, more broadly, as a synonym for Web3 (whatever that is).

According to Qualcomm’s press release about the planned collaboration, the two will be working on AR in both the consumer and enterprise sectors. Recently, Microsoft has been largely focusing its AR/XR deliverables, as well as its metaverse pitch, on the enterprise sector. Qualcomm also has talked up its vision for IoT Next as one way it plans to participate in the metaverse.

Microsoft has partnered in the past with Qualcomm to develop custom SQ1 and SQ2 chips for its ARM-based Surface Pro X devices. Many AR/XR headsets, such as Meta/Facebook’s Oculus Quest and the HoloLens 2, are built with Qualcomm’s Snapdragon chips. Microsoft has also worked with Qualcomm to try to build momentum for Arm-based Windows PCs, but that effort hasn’t gone very far in terms of customer mindshare or industry market share.

Microsoft Mesh, for those needing a quick refresher, is the company’s mixed-reality platform powered by Azure that is meant to create a sense of shared presence on a variety of devices. Microsoft talked up Mesh at its Build developer conference last spring. In the fall, Microsoft announced plans to bring Mesh to its Teams group-collaboration platform. 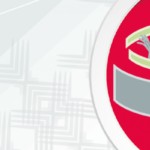 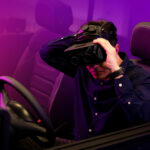