Scientists are introducing virtual reality as one more tool to help people gain control of their dream worlds.

At first, nothing seemed amiss in the Spinoza Cafe. The virtual cafeteria, designed by Dutch scientists, was replete with fluorescent lights, cheap gray carpet, and vending machines.13 university students, equipped with virtual reality goggles, entered the cafe. Soon after, though, they faced a series of increasingly bizarre experiences: The clocks began running backwards, patrons turned their heads to stare, gravity failed. The students, who were participants in a research study, were instructed to ask themselves a question again and again: “Am I dreaming?”

Scientists designed the simulation as practice for lucid dreaming—a state in which the dreamer recognizes that they are actually asleep. They hypothesized that once the students found themselves inside a real dream, perhaps as bizarre and disjointed as the Spinoza Cafe, they’d remember they were sleeping—and open a door to a different, rare kind of consciousness.

Lucid dreaming is more than just self awareness. People who lucid dream gain memories of what happened earlier in the dream, the ability to manipulate their environment, control their own actions, and marvel at how strange their dream worlds are. Psychologists compare it to a fully immersive virtual reality inside our own heads, which we have the ability to program and reprogram. “You plug into your extended self,” says Benjamin Baird, a cognitive neuroscientist at the University of Wisconsin, Madison. And the practice seems to have very real therapeutic applications—lucid dreams may help people conquer debilitating nightly terrors caused by nightmare disorder and post-traumatic stress disorder, and might even help others work through their day-time demons. Now, psychologists and neuroscientists, like those behind the Spinoza Cafe study, which was recently published in the journal, Philosophical Transactions B, are trying to figure out one important detail first: How do you induce lucid dreaming?

When we fall asleep, it may seem like our brains power down for the night, but they actually just shift into a different mode. Certain parts of the brain—those involved in emotion and vision in particular—actually become much more active. That’s why dreams are so emotionally and visually vivid, Baird says. Meanwhile, the parts of our brain involved in higher-order thought—which includes self-awareness, agency, and the ability to plan ahead—go off duty. The lack of activity in these areas of the brain, called the frontal-parietal network, might explain why dreams often feel like they’re happening to us, almost like a movie, rather than shifting with each action and decision we make, like real life, Baird says.

What happens in the brain when our dreams turn lucid is much less clear. To understand which parts of the brain are involved in certain tasks, scientists usually turn to fMRI, a large device that measures changes in blood flow inside the brain, which can indicate which parts of the brain are more active than others. To date, there exists only one case study in which scientists got a participant to lucid dream inside an fMRI machine. Based on that one case study, scientists observed increased activity in the frontal-parietal network, compared to non-lucid dreaming—suggesting that lucid dreamers are able to turn on that part of the brain, and the capacity for higher-order thought, that normally is dormant at night. Scientists have also studied the brains of people who report frequent lucid dreams outside of the lab, Baird says. Similarly, these people demonstrate increased connectivity between neurons in the frontal-parietal network. “It’s intriguing,” Baird says, but direct observations of only one person aren’t generalizable, and scientists haven’t determined whether lucid dreaming is connected to the structural differences observed in the brains of frequent lucid dreamers. “It’s early days in this field,” Baird says, “the evidence is pretty weak.”

Psychologists can say with more certainty that lucid dreaming tends to happen during REM sleep, the last of four sleep stages, which cycle about every 90 minutes. As the night goes on, each successive period of REM sleep becomes longer and deeper, so the most vivid dreaming experiences often take place towards early morning, in the liminal space between sleep and wake, Baird says.

Scientists have tried a host of different methods to induce lucid dreams. For example, researchers have created computerized face-masks that recognize when a person’s in REM sleep and flash colored lights that ideally enter their dream and remind them that they are asleep—a method that, in one small group of dreamers, helped induce lucid dreams in half of participants compared to only 17 percent who didn’t use sleep masks.They’ve also tried drugs that block and bind to the neurotransmitters involved in REM sleep, causing them to build up in the brain during sleep. Baird and colleagues observed these pharmacological methods raise rates of lucid dreaming to 42 percent compared to a group of people who trained to lucid dream without medication. But all of this research needs further replication, Baird says. “It’s such a rare state and so difficult to achieve,” adds Martin Dresler, a professor of cognitive neuroscience at the Donders Institute for Brain, Cognition and Behavior.

Some of the tried and true techniques to induce lucid dreaming are more low-tech. In one, the dreamer simply asks themselves “is this a dream?” whenever, during waking hours, they’re in a place or situation that appears frequently in their actual dreams. Dresler and his colleagues, who co-authored the recent study on virtual reality and lucid dreaming, adapted this method in their design of the Spinoza Cafe. “The idea was, well, let’s just make it as realistic as possible, but still as dreamlike as possible,” Dresler says, “And virtual reality is the perfect tool for doing exactly that.”

The apparent effect of VR on our dreams might have to do with the fact that VR, like a dream, does an eerily good job of mimicking reality, says Claudia Picard-Deland, a PhD student in neuroscience at the University of Montreal. In a study published in 2020 in the journal Consciousness and Cognition, she and her team studied whether a VR flying simulation could train people to have flying dreams, compared to people who played games on a Wii. They found that people who trained using VR not only experienced more flying dreams, but had more lucid control over those dreams. “It feels so real that they forget where their real body is,” she said. VR is a form of “reality checking,”—measuring one’s experience against reality—and that’s one of the keys to lucid dreaming, she says. “When you’re in a VR experience, you’re constantly questioning your reality,” Picard-Deland said. In other words, by transferring one mantra to our dream world’s—this is a dream, this is a dream, this is a dream—it might be possible to transform those worlds into a VR playground.

For the Spinoza cafe study, the research team had the students return to the cafe six times over  two weeks. For another two weeks, the students trained with a range of other virtual reality games, which the researchers selected to be as dreamlike as possible. Throughout that time, plus the weeks preceding and week after, they kept a dream diary. Finally, the students underwent three at-home sleep studies with a device that recorded their eye movement. Participants were told to move their eyes in a specific pattern—left, right, left, right—as soon as they realized they were dreaming, a method that’s common among lucid-dreaming research.

It wasn’t the first study to suggest an association between entering virtual worlds and experiencing lucid dreaming. Decades ago, scientists observed that playing video games makes people more likely to experience lucid dreams, possibly because of the immersive quality of games. Still, we need a lot more research before we can say that VR or videogames can help us lucid dream, Baird says. They should include more participants and more precise methods for measuring lucidity.

Lucid dreaming is more than a VR playground—it’s a promising treatment avenue for people who regularly experience horrors in their sleep. For between three and seven percent of the population, regular nightmares get in the way of day-to-day functioning. In some cases, nightmare disorder makes people afraid to sleep, causes depression and anxiety, and leads to suicidal thoughts. Cracking the code to lucid dreaming could give these people an escape hatch from the terrifying situations they face in their sleep or even manipulate nightmare landscapes to be less horrifying.

Baird is most hopeful about the therapeutic applications outside of nightmare research. Imagine working with a therapist to plan your next dream, then using the dream to work with your memories and beliefs in a way that waking consciousness doesn’t allow. You might use lucid dreaming to confront a person who has caused you harm in the past. You could talk to the actors in your dreams to try and understand what thoughts and concerns they represent. Baird acknowledges that there’s no scientific research on this therapeutic potential, outside of nightmare disorder, “but we’ve heard over and over again, this has been transformative for people,” Baird says, “People have an opportunity to actually work with the psychological content of their dream in real time.” 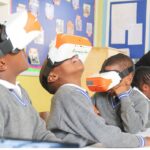 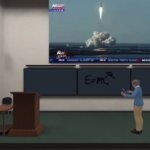