Psychic VR Lab’s cloud-based XR platform STYLY has supported both virtual reality (VR) and augmented reality (AR) for some time now. Today, the Japanese company has revealed that its next major update for the platform, its first tangible step into metaverse that bridges both the real and virtual. Due to arrive in 2022, the new feature will allow STYLY creators to integrate mixed reality (MR) content into urban spaces.

Once live the feature will allow STYLY to import 3D mapping data of cities which artists can then utilise for all sorts of virtual applications, such as placing artworks on the side of buildings or giant information points floating mid-air. The MR content will only be viewable by actually visiting the location, either using the STYLY app on a smartphone or by using compatible smartglasses like the Nreal Light.

Open-source data will be integrated into STYLY Studio, the main production tool for STYLY users. Providing accurate building data for simple drag and drop placement of virtual content there’s also the possibility for adding information on human and traffic flow, great for pedestrians wandering around a city. At the moment six Japanese cities are supported (Tokyo, Sapporo, Nagoya, Osaka, Kyoto and Fukuoka) with plans to add more from around the world in the future.

“We see the metaverse as ‘a new world that can now be perceived through technology-enhanced perception’,” said Masahiro Yamaguchi, CEO of Psychic VR Lab in a statement. “The world we perceive is subjective, based on our perceptions and experiences. I believe that the essence of the metaverse is that by expanding this perception through technology, we can perceive a world that was previously unrecognizable. Whether in the real space of a city or in a VR space, we would like to call the metaverse that originates from the human-centred real self the real metaverse.”

“STYLY is a service with the tagline ‘Free your inner world’, which means to free the subjective world (your inner world) by expanding perception through technology,” Yamaguchi continues. “In the future, we would like to evolve and develop STYLY as an operating system for the real metaverse, a metaverse that starts from the real human-centred self.”

Psychic VR Lab isn’t the only company looking to build a “real-world metaverse”. The biggest player in this space is probably Niantic Labs which launched its Lightship Augmented Reality Developer Kit (ARDK) alongside a $20 million USD creators fund in November. 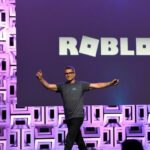 Metaverse Is the Next Big Thing — How to Profit From It 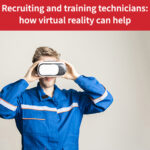 Why street art & graffiti will take...

Metaverse Is the Next Big Thing —...

H&M opens its first store in the...

Metaverse vs Multiverse: Which One Will Come...

What Is an NFT and Why Does...

Who Will Govern the Metaverse? (No, It...