Modern Naval Warfare Is A Submarine Sim With VR Support

Fans of realistic combat simulators will want to keep an eye on Modern Naval Warfare, which is due to arrive with VR support.

Developed by The Maslas Bros and published by Slitherine, Modern Naval Warfare will launch on PC in 2022 with headset integration. In the game, you command a battlefield from the inside of an SSN-774 Virginia Class submarine that the developer says has been authentically recreated. Check it out in the trailer below.

You’ll use multiple interfaces to steer your vehicle to safety whilst issuing attack orders, and the trailer also reveals realistic UIs and even pilotable drones and other tools to survey the area from above. The game promises “more than a million square kilometers” of underwater environments to navigate. Co-op support will also be included for multiple crew members, and there will be a competitive mode too. More submarines are set to be added after the game launches.

As for the VR integration that’s somewhat unspecified as the moment. The Steam listing simply mentions VR support, but doesn’t make reference to possible motion controller support or list exactly which headsets will be included. Hopefully, we’ll find out more as we head closer to launch. The game’s certainly promising a lot but we’ll keep our fingers crossed that Maslas Bros can deliver competent VR support. It’s the first Steam release from the developer, though its publisher has in the past released titles from the Warhammer franchise among others. There’s no specific release date or window right now.

Will you be checking out Modern Naval Warfare? Let us know in the comments below! 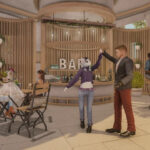 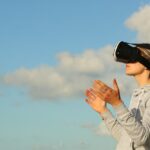