Meta is proud to introduce ‘Mobile MR Camera’ to its Quest smartphone application. An ‘experimental’ casting feature that enables individuals to see, record, and share videos of themselves or others inside a virtual reality (VR) immersive experience.

The MR casting system does not require a lengthy set-up or extra equipment, although the Menlo Park-based firm does note that the feature requires an iOS 11.0 compatible iPhone XS or above.

News comes after, Meta released ‘Live Overlay’ as part of Quest v29. This feature super-imposed Quest users over a livestream of their headset’s point of view (POV).

Although, what makes Mobile MR Camera different is that Meta’s new system creates a ‘spectator’ viewpoint, rather than casting from the wearer’s POV.

Also, at Meta’s Connect event in late October the firm introduced the Presence Platform an ecosystem of software development kits (SDKs) and resources made to aid MR development on the device.

In early November, the Menlo Park-firm used MR to improve user safety by adding “Space Sense” to the Meta Quest line up of experimental features.

In early 2021, Meta introduced its ‘Facebook Messenger’ solution as an new feature of the Quest hardware. Although, originally Facebook Messenger only supported text-based communication, but now the feature is going hands-free by adding support for voice calls.

User’s can conduct a voice call while in an immersive application and they can even privately communicate with friends while both are engaging in multiplayer experiences.

This adds to the extensive line-up of 2D web-based applications available on the Quest, that currently includes Facebook, Instagram, Smartsheet, and Spike.

In the coming weeks, Meta will be debuting further 2D peer-to-peer applications onto the Quest storefront that includes MURAL, Miro, and Monday.com.

Meta is shifting from social media applications to developing peer-to-peer Metaverse solutions and Oculus v35 presents the first steps towards this future.

The Menlo Park-based firm announced that Quest v35 will include customisable ‘Horizon: Workroom’ environments. Meaning that, Horizon users can pick from a selection of enterprise-grade VR offices and users can add company logos or posters to the virtual environment.

Meta has not updated Horizon: Workrooms to include these features yet, but the firm is adding them in the very near future.

Announced at Meta Connect 2021, Quest V35 introduces a long-awaited cloud-backup feature that stores game and system data in the cloud. Meaning that, if a user factory resets their device or gets a new Quest all their data will transfer over.

Quest V35 introduces Multi-User and App Sharing as official device settings. Originally an experimental feature introduced in Quest v26, but now the features have left the experimental phase and are ready for general use.

With this, users can create up to three accounts on a Quest device and enjoy the same applications without interrupting a user’s save data. 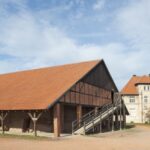 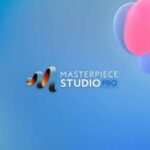