The company’s Aritise Metaverse Studio will upgrade the Canadian firm’s ARway Studio to boost technologies to build the developing Metaverse industry, as well as interoperability with other platforms such as Snap’s Lens Studio, Meta’s AR Spark Studio, Apple’s Reality Composer, and many others.

Nextech’s aims to release the studio as a SaaS solution in the first quarter of 2022, allowing customers to access 3D assets and create AR-powered experiences to publish on the Metaverse in all formats, the company said.

Additional features include 3D and AR content as well as point cloud map management to build localisation for virtual experiences, which users can update in real-time.

Such use cases will also allow designers and content creators to build Metaverse experiences at facilities such as universities, museums, airports, and others, where designers can create spatial maps on the ARway app or via Nextech AR’s SDK, it added.

The new kit will also allow content creators to import AR content from other platforms to Nextech’s Metaverse Studio for increased interoperability. The solution, which has earned support from more than 600 developers globally, has exceeded 60 spatial maps and begun earning revenues.

The Vancouver-based firm also said it planned to monetise the platform with a monthly subscription to replace its managed service fee.

She continued, stating: “We are excited to announce that we are on track to achieve our ultimate goal.”

Evan Gappelberg, Nextech AR’s Chief Executive, added he was pleased with the rapid development and rollout of the SaaS platform as the firm positioned itself in front of the “megatrend of the [Metaverse] and augmented reality.”

“We are one of the only AR companies who currently have technology that is disruptive, scalable and offered as a SaaS solution. I’m proud of the team for being able to achieve this first to market Metaverse Studio which I believe will open the floodgates, allowing anyone to create their own mini-metaverses.”

The developments come after the Canadian firm developed a mini-Metaverse for the City of London, using its new SDK tools, for Culture Mile and Brookfield Properties. 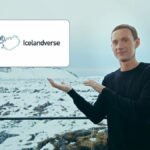 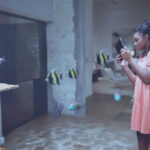