Austrian energy drinkmakers Red Bull have teamed up with AR tech firm eyecandylab and Unity Technologies to allow users to join a major mountain expedition from the comfort of their homes.

Will Gadd, Canadian Mountaineer and Paraglider, along with video streaming platform Google TV, shared an AR version of his powerful documentary ‘The Last Ascent’, which was later nominated for a Sports Emmy and presented on a virtual stage at the 55th US Super Bowl.

Gadd found inspiration for the film after he ascended Mount Kilimanjaro in 2014, the world’s tallest free-standing mountain, where he was shocked to see large volumes of ice melting at its peak.

His AR-powered documentary curates the environmental revelation in the collaborative film with eyecandylab and Red Bull TV, just six years after discovering the deterioration of the ice caps.

The film also includes stunning eyecandylab visual effects built on the Unity platform, which transports audiences to the scene to view the real-time 3D (RT3D) effects of climate change on the iconic mountain.

The immersive AR technology runs on the Red Bull TV app for smartphones, allowing virtual experiences from the entire documentary to show in a person’s physical surroundings.

“We built our proprietary AR engine on Unity because the platform is widely available to the broad developer community that the company wants to reach.”

He added “these tools offer real-world examples of how storytelling can be brought to an entirely new level through the power of AR, enabled by Unity.”

Red Bull TV’s AR project boosted eyecandylab’s presence in the immersive experience market, namely after its feature at the 2021 Google I/O event. The National Academy of Television Arts and Sciences (NATAS) later recognised the project as a nominee for the 42nd Sports Emmy Awards.

The film sparked talks in the entertainment and media industries on new methods to curate stories with AR-powered content, and the growing reach of 5G connectivity will soon facilitate larger audiences. 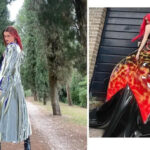 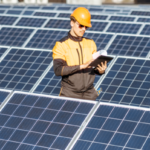