iQIYI Inc., a China-based online entertainment and video service, has recently launched its latest flagship virtual reality (VR) headset, the ‘QIYU 3’, as the company looks to further strengthen its premium VR digital entertainment ecosystem. The launch marks yet another China-based company potentially looking to take a bite out of Facebook’s share of the standalone VR device market, with even the name of iQIYI’s new headset (QIYU 3 or 奇遇3 in Chinese, which translates to ‘Adventure 3’) striking a resemblance to Oculus’ Quest brand.

The launch event of the QIYU 3 product, which was live-streamed to millions of viewers via extended reality (XR) technology that turned an empty broadcasting room into a virtual space full of cyberpunk elements, showcased the features of the QIYU 3 and unveiled a number of free games for the device.

As the company’s flagship VR product, features of the QIYU 3 headset include:

Commenting on the launch, Xiong Wen, CEO of the iQIYI’s VR subsidiary iQIYI Intelligence, said: “Our mission is to create a virtual world of unbounded possibilities for our users. We still have a long way to go, and QIYU 3 is a great start.”

Early purchasers of the QIYU 3 device, which the company claims is a device “designed for avid gamers”, will receive 30 premium games for free. QIYU VR also plans on giving out free premium games to QIYU 3 users every month.

The first games for the new VR headset cover a range of genres including leisure, shooters, and puzzle games, with other popular VR titles such as Arizona Sunshine, Swarm, Mercenary: Silicon Rising, Zombieland: Headshot Fever, and All-In-One Sports VR also available on the QIYU 3.

The event also saw the unveiling of content other than VR games, including an interactive VR sci-fi drama titled ‘Metaverse’, which was co-produced by QIYU VR and the School of Animation and Digital Arts at the Communication University of China. QIYU VR has also developed a virtual stage performance production, ‘QIYU Show’, where users can watch the performance of and interact with their favorite virtual idols.

The QIYU 3 will be available on China’s mainstream e-commerce platforms JD.com and Tmall starting September 3. iQIYI’s store page on JD.com is currently listing the device for a price of CNY ¥3,499 (approximately USD $540) for pre-order. Existing QIYU users and iQIYI’s subscribers will also be able to enjoy special member-only benefits.

In recent years, iQIYI has made significant investments in building a VR ecosystem. Since entering the VR field in 2016, QIYU VR has released four products, such as the Qiyu 2Pro VR device. Looking ahead, iQIYI states that it will further invest in content, platforms, and hardware as it moves to further establish its position in the VR industry.

For more information on iQIYI and its virtual reality offerings, please visit the company’s website. 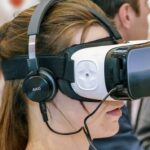 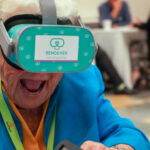 RendeverFit Aims to Help Both Physical & Cognitive Fitness for Seniors