Theorem-XR has added new enhancements to its data and device neutral software to view 3D CAD and PLM assets in context and at full scale, using Augmented, Mixed and Virtual Reality technologies on the device of your choice.

Support for HoloLens 2, Quest 2 and Microsoft Azure are some of the biggest new features in the latest release from Theorem’s eXtended Reality suite.

Developed for full scale visualisation and remote collaboration, Theorem-XR says it now offers further productivity enhancing features to support the XR user, with additional performance enhancements to the Theorem-XR experience suite and Visualization Pipeline included as part of this release.

Microsoft HoloLens 2 extensions for visualisation and factory layout experiences are now fully supported, allowing users to use Theorem’s menus with the double handed controls and gestures recognised by the HoloLens 2, such as grab, zoom, pick up and move to collaboratively review and build data from within Theorem’s experiences.

The Oculus Quest 2 can be used tethered to a computer, or untethered, meaning the user is not tied to their workstation, users can now use Theorem-XR experiences on the move with Theorem’s standalone Android application for Quest 2 when in untethered mode.

Theorem now provides a cloud hosted and managed instances of the visualisation pipeline using the Microsoft Azure portal, for users that don’t want to manage their own data or infrastructure. Data can be uploaded to the server and called back to an XR device, and only require a URL to access stored data. Theorem adds that is will set up virtual machines at an agreed specification to run annually for a fixed cost.

“For many, getting 3D data into XR is the biggest stumbling block on the road to adoption. With Theorem-XR, the experiences are underpinned by the Visualization Pipeline which provides a fully automated process that takes 3D data assets directly into Theorem-XR, or for the creation of Unity or Unreal assets for use in internally developed XR solutions,” said a spokesperson. “By using the Visualization Pipeline to prepare and optimise CAD data, the difficulties that can be encountered when trying to get 3D data into XR are removed.” 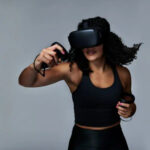