As reported by Protocol, VR’s global content revenue is estimated to be around $1.8 billion, or 31.7% more than in 2019—making it the fastest-growing media segment last year. All major entertainment and media types were taken into account, including the worst performers in 2020: traditional print and broadcast television.

The study, which provides projections out to 2025, comes from PricewaterhouseCoopers (PwC), one of the world’s largest professional services network alongside ‘Big Four’ firms Deloitte, Ernst & Young, and KPMG.

They’re impressive numbers, however PwC maintains consumer adoption of VR was slower than expected, which has made the industry increase its focus on the enterprise and commercial sector. Some media types are also expected to take a temporary hit in the near-term due to a return to normalcy after the COVID-19 pandemic, however PwC projects that VR will still be the fastest-rising entertainment and media segment between now and 2025, with revenues projected to rise at a 30.3% compound annual growth rate (CAGR) to $6.9 billion.

PwC says one of the biggest drivers of VR content revenue growth in 2020 was games, and it’s likely to stay that way moving forward. The study projects VR video is also on the move upwards though, estimating that its global revenue of $615 million in 2020 will expand to $1.4 billion by 2025.

All things considered, that’s pretty small in the grand scheme of things. For comparison, PwC says subscription video on-demand accounts for around $50 billion in 2020; as Protocol notes, PC and casual gaming is expected balloon to $194.7 billion in annual revenue by 2025.

PwC also provides a breakdown of headset type, and how they may grow in adoption in the future. Mobile VR headsets, which require smartphones to drive graphics, are well on their way out as standalone and “home VR headsets” continue as preferred VR devices. That last category likely includes both PC VR headsets (Valve’s Index, HTC Vive, etc) and console headsets (PlayStation VR).

Like Facebook, PwC seems to have a lot of confidence it the growth potential of standalone VR headsets in the coming years. If it wasn’t already apparent, that may give developers some indication on where things are headed, and which platforms might be worth targeting to capture the largest potential install base. 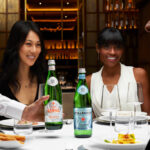 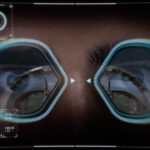