Shonda Rhimes and Netflix ink a new deal that could VR and gaming content to the continually growing entertainment platform.

When Shonda Rhimes signed a history-making deal with Netflix in 2017, it made her one of the highest-paid showrunners in TV and put her on a path to becoming one of the most powerful women in Hollywood.

That relationship with Netflix has now been extended into a brand new deal that gives Rhimes’ company Shondaland Media, and her long-time producing partner, Betsy Beers,exclusive rights to produce VR and gaming content for the popular streaming service. This announcement marks the first time Netflix has identified VR and gaming as part of its roadmap.

Additionally, the deal will have Netflix providing financial and technical support in Shondraland’s pursuit to develop Diversity, Equity, Inclusion, Accessibility (DEIA) programs that shine a spotlight on underrepresented groups, both domestically and in the UK, seeking industry workplace representation.

In an official statement, Rhimes said, “When Ted Sarandos, Netflix CEO, and I decided to break the traditional network TV business model to move Shondaland to Netflix, we were both taking a leap into the unknown. Today, Shondaland at Netflix is creatively thriving, profitable as an asset and engaging audiences around the world with stories that fearlessly challenge viewers and keep them highly entertained all at once.”

Adding, “Ted, Bela (Bajaria, Head of Global TV Netflix) and the entire team at Netflix have been tremendous partners during every step of the process, supporting my creative vision and showing a continued dedication to the innovation that has made Netflix such a powerhouse. The Shondaland team and I are thrilled and excited to be expanding our relationship with our content partners at Netflix.”

With Netflix having over 207 million paid subscribers worldwide, this could be a big boost for VR by making the technology accessible to anyone with a Netflix account. How the company will do this is still unclear.

Imagine seeing some of Rhimes’ biggest shows reimagined as VR experiences. You could immerse yourself in the hot and heavy world of Bridgerton, spill the tea as a character in Scandal, or wander around the set of Grey’s Anatomy. Rhimes could also use VR and gaming as a mechanism to help with her DEIA goals or produce entirely new shows and stories made specifically for VR.

“Shonda makes shows that get the world talking, and we’ve seen the power of her creative vision to translate in any language. Shonda’s a brilliant businesswoman and a terrific partner and we’re thrilled to expand our relationship with her for years to come,” said Bajaria, adding, “On a personal note, I’m especially invested in the mentorship and pipeline programs we will support, as I’ve seen firsthand how the power of mentorship can transform careers and lives — and I’m excited by the possibility of what that can look like in Shonda’s hands.”

One thing to mention is that there hasn’t been any real commitment from Netflix or Shondaland Media to bring VR and gaming content to their platform, but with the option on the table, and with Rhimes at the helm, anything is possible. 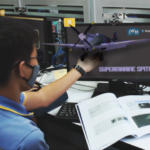 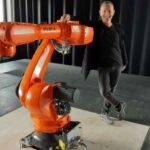