According to online data sources, as the number of VR/AR users continues to rise, the number of virtual reality users in China has increased from 520,000 in 2015 to 5 million in 2017 and is expected to exceed 20 million by 2020. VR/AR headset shipments are expected to grow by 46.2% in 2021 and will grow at a compound growth rate of 48% by 2024. The market for VR/AR has risen. WIMI Hologram Cloud, a well-known science and technology company in China, has been paying close attention to the development of the VR/AR market and is very optimistic about the growth of the VR/AR market. Why is WIMI in favor of the VR/AR market? Where will the future development of China’s VR/AR industry go?

The scale of the global virtual reality industry in 2020 will exceed 200 billion yuan, of which the VR market is 160 billion yuan, and the AR market is 45 billion yuan. In terms of the number of terminals, the overall terminal shipments (AR+VR) in 2020 will be close to 40 million units. WIMI firmly believes that the development of China’s VR market can flex its muscles. In addition, market research found that the per capita consumption of each offline VR experience store is 77.65 yuan, which is relatively price-friendly to the public. Moreover, the per capita consumption of offline VR experience stores in most cities is between 40 to 70 yuan, which is within the consumption range that people can afford.

According to the ranking of the per capita consumption of offline VR experience stores in each city, from the perspective of city classification, the report shows that among the 36 cities participating in the data statistics, only 6 cities have a per capita consumption exceeding the average of 77.65 yuan, that is, Beijing, Shanghai, Shenzhen, Changsha, Hangzhou, and Harbin.

It is not difficult to find that the use of virtual reality technology is now being favored by more and more people. The market prices are friendly to the people, and users can enjoy the most real feelings in the virtual reality world, distinguish between true and false in the authenticity of the mimic environment and the real world, and experience the immersive real feeling. At the same time, virtual reality has all the perception functions that humans have, such as hearing, vision, touch, smell, and other perception systems. Finally, the super simulation system is experienced, which truly realizes the function of interacting with humans and computers, so that the public can, in the process of operation, be manipulated at will and get the truest emotional feedback.

It is the existence, multi-sensitivity, interactivity, and other characteristics of virtual reality technology that make it a favorite of many people.

Nowadays, VR/AR application consumption is officially started in many areas, and strong driving demand such as games, entertainment, and live broadcasting is obvious. Games, video, and live broadcasting are currently important applications. In addition, VR/AR is still accelerating and empowering downstream industries. R/AR has been widely used in real estate transactions, new retail, housing and home furnishing, cultural exchanges, health care, and other fields. Among them, in 2018, games accounted for 35.66%, video accounted for 20.32%, and live broadcast accounted for 11.22%, ranking the top three in the current market. In the future, with the continuous improvement of the VR/AR industry chain and rich data storage, VR/AR will fully integrate with multiple industries, rapidly drive industry changes, spawn more business classification models, and create higher industrial value.

WIMI continues to expand its reserves of high-quality holographic computer vision, and it will pay particular attention to the development and acquisition of computer vision in the fields of games, video, and live broadcast offline. Users watch games and live broadcasts with naked eyes, through the WIMI holographic offline entertainment photoelectric floating projection method, and the video screen is suspended in the naked-eye field of vision. The sense of immersion and realism of this kind of scene can be greatly improved. At the same time, WIMI focuses on the expansion of 2D, 3D, and panoramic video-on-demand service resources, and it will put more energy into VR/AR game content in the future. In addition, customizable content on the video serves more vertical groups of users. In terms of games, WIMI will develop more popular games, and you can download and pay for games. In the future, VR/AR social and other new scenarios will promote the increasing release of high-quality VR/AR content, helping the growth of the VR/AR equipment market.

The core of the VR/AR industry lies in technological innovation and content ecology. How to attract high-quality developers to develop VR/AR content is the biggest problem facing the industry at this stage. WIMI needs to consider combining the requirements of technological innovation and content ecology construction. In recent years, WIMI relies on companies with strong integration capabilities as the main driving force, relying on video platforms to have a mature video service foundation. Secondly, it has sufficient funds to support content development and has sufficient content resources. Finally, due to the integration of software and hardware teams and stable market output, WIMI will make achievements in video, games, and virtual theaters in 2021.

Where will the future development of China’s VR/AR industry go? For domestic companies, such as WIMI, need to have manufacturers jointly advance in capital investment and hardware development, and at the same time choose their own R&D direction, so that the domestic VR/AR ecosystem can be improved. Certainly, China’s VR/AR content ecosystem will develop in its own way, and it is indispensable for domestic suppliers to promote the maturity of VR/AR technology and cost-intensive support.

China itself is good in terms of technical capabilities and industrial chain foundation. Taking the electronic technology market as an example, Chinese products will account for more than 30% of the market, and China will use this to provide services to global users. Also, VR/AR is no exception. The coming 2021 will be a new beginning for China’s VR/AR industry content ecology to flourish. 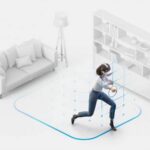 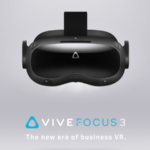