Hand Physics Lab now includes a number of accessibility options, including a colorblind mode and the ability to map finger movements to other fingers.

The finger mapping feature should make the game playable for people who have a finger-related disability. The game is one of the few available on Oculus Quest that’s entirely playable with either Oculus Touch controllers or hand tracking. I reviewed the game when it debuted in April and, while it is held back by the quality of Oculus Quest’s cameras, Facebook has since released an update for Quest 2 enabling developers to increase the quality of the hand tracking for the newer headset.

Dennys Kuhnert, the co-founder of Holonautic and creator of the game, already added the high frequency hand tracking to Hand Physics Lab and is also planning to support 120 Hz experimental frame rate as well in a coming update. In the current version of the game, you can set the refresh rate to 72, 80, or 90 Hz on Quest 2.

Kuhnert says the game sold more than 100,000 copies in the six weeks after release, meaning that the $9.99 title made more than $1 million in gross revenue before Facebook took its cut of sales. An early experimental version of the title hit SideQuest last year and he wrote via direct message that its sales on the Oculus Store were “honestly not expected. I started this as a side project in 2020 just for fun with zero expectations. This will allow the studio to grow and work on new exciting projects.”

“After 5 months of experimenting and building the first prototype of Hand Physics Lab, I just wanted to have it out there and get feedback from the VR community to improve it further. Combining fully physics-based interactions with the experimental hand tracking from the Quest (quite unstable a year ago, it improved a lot since) was a big challenge and many things could go wrong,” he wrote. “It was important to minimize the barrier of entry and have safety systems in place to handle bad tracking events for the players. Shane Harris and his platform SideQuest were a big help to help reach a bigger community and basically validate the concept. The platform is really great and allowed many experimental VR concepts like Hand Physics Lab and others to quickly reach a large audience and get valuable feedback to make the experience better!”

Facebook’s head of VR and AR Andrew Bosworth says the company is pursuing an “Oculus Quest Pro” that won’t release this year but is likely to add more powerful sensing abilities to the Quest line of headsets. Facebook CEO Mark Zuckerberg has expressed interest in future headsets including face and eye tracking, and we’d expect Facebook to improve the quality of hand tracking in future hardware as well. Consulting Oculus CTO John Carmack recently commented that Facebook is on a “multi-year path to phasing [physical controllers] away as a core feature, where we want to be able to have a controller -free SKU in the future where we rely just on hand tracking.”

Hand Physics Lab is available  on the Oculus Quest Store. 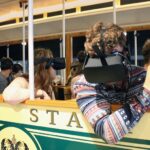 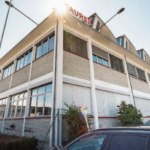 Apple and Snap Pick Up Where Pokemon...