Enterprise in Mind with the Pico Neo 3 Pro & Pro Eye

Growing at an expediential rate, the options and support available for an enterprise looking to integrate AR, VR or XR is becoming vast.

With such a wealth of products on the market, Pico are deliberately defining and expressing their products carefully; aiming too be ahead of the pack.

Boasting some impressive accessibility, the new headsets have been planned as a consumer device in China. Chinese users can expect the new Pico Neo 3 hardware for gaming or working out (priced at $400).

Though the west are getting two variants, with enterprise at the focus of the western releases.

The VR hardware variants are the Pico Neo 3 Pro and the Pico Neo 3 Pro Eye variant; being priced at $699 and $899 respectively. Offering the same specs between hardware variants offering: A Qualcomm XR2 chipset, 4K low-persistence 90 Hz Curved Display (3664 x 1920 resolution), 98° FOV and, among other features a 5300 mAh battery which allows for 2.5–3 hours of usage.

There are two key differences between the headsets though; one being the 8GB of ram in the Pro eye variant (with the base Neo 3 Pro having 6GB). But the more notable difference is in the name. That is the eye tracking that is present in the Pico Neo 3 Pro Eye.

Using Tobii’s leading eye tracking tech, Tobii have had 2 decades of experience in eye tracking and 12 years’ experience for headset eye tracking specifically. They bring a wealth of knowledge and masspects to Pico’s own headset technology.

Using the eye tracking technology can be very important for workers, as it helps to integrate a paperless and hands free workflow for people around the globe.

Offering such impressive tech at a price that is $100 cheaper than Facebook’s Quest for business. The Pico Neo 3 Pro variants of hardware could present western enterprises with an affordable and powerful piece of hardware. Easily becoming another piece of the puzzle that businesses look for when approaching the concept of AR integration for their workflows.

With its planned release during the 3rd quarter of 2021, the devices are just lurking around the corner. Pico’s headsets will release right beside the potential release of Apples own line of wearables at the start of 2022. Pico seems to want to keep their foothold in enterprise and then some; without others taking their place in the western market. 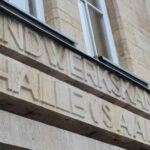 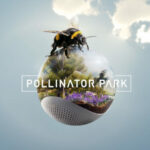