Vive Pro 2 is the successor of the original Vive Pro: a PC VR headset devoted to prosumers and enterprises.

You can purchase the VIVE Pro 2 in two flavors, exactly as it happened for the Vive Pro:

The Vive Pro 2 is the successor of the Vive Pro, a headset devoted to prosumers and companies. It maintains a very similar look (apart from the black color of the shell), but it features important upgrades for what concerns the visuals and audio. Basically, the external shell is the same (because it was already comfortable enough, according to HTC), but all the internals have been revamped.

The new visuals have been clearly inspired by the Valve Index: finally, there are new lenses (with a dual-stacked-lens design), there is a new terrific display that sets a new standard for what concerns resolution (2448 × 2448 per eye is much higher both than the Index and the Reverb G2), a great field of view (120°) and very high framerate (120 fps). The resolution is what impressed me the most: the Valve Index, considered one of the best headsets on the market, has 1600 x 1440 per eye, while this has 2448 x 2448, across a very similar field of view (so even the pixel density is much higher on the Pro 2). HTC has also said that the eyebox for this headset should be larger than the one of the Index, so regarding the visuals, HTC wins on all the line. Since with the Reverb G2 I already had difficulty in seeing the pixels (they looked more like a noise than a real grid), I guess with this one the Screen Door Effect will be almost nonexistent. Great job Vive in offering a device with such stunning visuals.

Another very positive thing is the support for all the existing Vive gadgets, like the Vive Tracker, the Vive Face Tracker, the Vive Wireless Adapter, and all the other SteamVR accessories like the Valve Knuckles that let the new Vive Pro 2 become very versatile. This is exactly what the prosumers that use this kind of device want, and HTC has done a good job in providing it.

Enterprise companies also don’t love to change their computers very often, and so another incredible feature is that this new monster headset requires the same exact specifications from your PC as the original Vive Pro. This is also possible thanks to the magic of Display Stream Compression. HTC VIVE worked closely with NVIDIA and AMD to utilize Display Stream Compression, which basically applies a lossless compression to the visual stream that goes from the graphics card to the headset, reducing the required bandwidth of the cable: so this headset is also backward compatible with DisplayPort 1.2. Even graphics cards which supported VIVE Pro will see a benefit with VIVE Pro 2.

The Vive Pro 2 is the successor of the Vive Pro, a headset that has been very successful among enterprises: if you remember well, there was a period where all LBVR venues were using Vive Pros to make you play. Enterprise has been always the sector where Vive has thriven, and I think that the choice of not trying to compete with consumer brands has been a good decision by HTC. Also because this headset has clearly features and a price that are aimed at the B2B or at the prosumers market.If you also add to the mix that now the average consumer is going towards the standalone segment, the choice of offering a premium PCVR headset makes even more sense.

I think it is a very solid headset, a worthy successor of the Pro, and I’m amazed by its resolution and FOV. Of course a headset must be tried to understand its quality, and I hope that HTC will send me a review sample soon, but for now, on paper, it seems a very interesting device. Not one that will have big percentages on Steam, but one that could be used by many companies. In the B2B sector, it can completely crush the competition of the Index, since this device has a higher resolution, and so it can appeal to all those companies for which visuals are everything (e.g. architecture firms), and it also has the typical solid manufacturing of HTC. We all know that Index has no clear enterprise licensing, plus it has manufacturing issues (many people are doing RMAs), so companies would prefer the Pro 2. I myself would personally advise companies to get a Pro 2 and not an Index. The real competitor here is the HP Reverb G2, that is cheaper than the Pro 2 and offers ergonomics controllers… but its controllers have terrible tracking, and the resolution and the field of view are inferior to the ones of the Pro 2. So, pros and cons of both solutions, with the Pro 2 looking a bit more premium.

But… but… even if on paper all looks cool, I think the whole enthusiast community will also have some negative remarks on it, for the following reasons:

So, it’s a solid device but carries with it some of the usual problems that the VR community has notified HTC, and some enthusiasts will complain about this. I don’t think all the above will be a problem for companies that need a headset, though, so this shouldn’t affect its enterprise plans.

You can read more about the Vive Pro at its official website: vive.com/vive-pro2 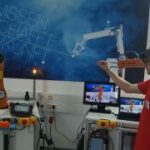 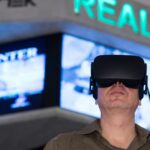