Methods: Participants over 60 years old with subjective cognitive decline or mild cognitive impairment from a memory clinic were randomly allocated to the VR (n=23) or the control (n=18) group. The VR group participants received multidomain and neuropsychologist-assisted cognitive training in a fully immersive VR environment twice a week for 1 month. The control group participants did not undergo any additional intervention except for their usual therapy such as pharmacotherapy. Participants of both groups were evaluated for cognitive function using face-to-face comprehensive neuropsychological tests, including the Rey-Osterrieth Complex Figure Test (RCFT) copy task; for psychiatric symptoms such as depression, apathy, affect, and quality of life; as well as resting-state functional magnetic resonance imaging (rsfMRI) at baseline and after training. Repeated-measures analysis of variance was used to compare the effect of cognitive training between groups. Seed-to-voxel–based analyses were used to identify the cognitive improvement–related functional connectivity in the visual network of the brain. 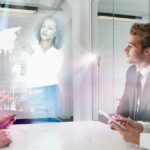 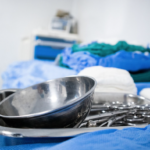