Augmented reality (AR) is being used in all sorts of ways, from entertainment to education. Today, Snap Inc. has announced a collaboration with the Los Angeles County Museum of Art (LACMA) that sees artists create AR monuments exploring some of the histories of Los Angeles communities.

The initiative is called LACMA × Snapchat: Monumental Perspectives and uses Snapchat’s AT tech so that app users can view five virtual monuments built by artists and Snap Lens Creators.

Originally, they were designed to be experienced at locations around Los Angeles, highlighting the regions from where they drew their inspiration. The virtual monuments appear as markers if you’re in the region. Those that aren’t in LA can still enjoy LACMA × Snapchat: Monumental Perspectives at home via the app or by heading to LACMA’s website.

“LACMA and our partners at Snapchat are fundamentally interested in storytelling, but in new and innovative ways, and that’s what many artists are interested in as well,” said Michael Govan, LACMA CEO and Wallis Annenberg Director in a statement. “The resulting monuments visualized by Mercedes Dorame, I.R. Bach, Glenn Kaino, Ruben Ochoa, and Ada
Pinkston are not only relevant to issues of today—Los Angeles, civic space, community – but also to the medium of art, opening doors to new ways of thinking about art in both physical and virtual spaces.”

“Through this collaboration with LACMA, Snap Inc.’s augmented reality technology has become an immersive medium for advocacy and representation. We’re thrilled to empower these artists and Lens Creators, and support their desire to share untold stories through a new perspective,” said Bobby Murphy, co-founder and CTO at Snap Inc.

This is all part of a multi-year initiative that was launched last year by The Andrew W. Mellon Foundation. The Monuments Project is a five-year, $250 million USD programme aimed at transforming how US history is showcased in public spaces. As such, Monumental Perspectives will be expanded in the coming years to include additional artists. 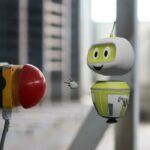 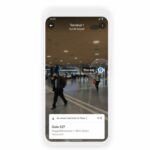