Creating realistic human characters for videogames isn’t easy, there are so many facets to get right and if one is off, then it just looks weird. Hence why fantasy, sci-fi and other genres are employed, because then it doesn’t matter, you can be as creative as you like. Yet there plenty of times where studios want to create super-realistic characters/avatars but this process tends to be long and expensive. Epic Games has been working on a solution, its MetaHuman Creator, with Early Access launching today.

Epic Games offered a teasing peek at the software a couple of months ago, with a couple of free sample MetaHumans to play with. Now Unreal Engine developers can sign-up to use the new tool and experiment for themselves, fully testing the level of detail that can be achieved and how easy MetaHuman Creator is to use.

Entirely cloud-based, MetaHuman Creator has three main components you can tweak to get your desired effect; Face, Hair and Body. These have various sub-options, so for example with the Hair you can alter the Head, Eyebrows, Eye Lashes, Beard and Mustache. As you can see from the screenshots, what’s incredible is the level of detail MetaHuman Creator can provide whilst providing the ability to edit in real-time. “The MetaHuman Creator uses a library of real scans of people, so when you move the handles around to create a character, you’re mixing together these different parts of real people to create something that’s still really believable,” says James Golding, Technical Director at Epic Games. ”

Once you’ve done so, your MetaHuman can be downloaded directly to Unreal Engine or transferred for further editing in applications such as Autodesk Maya. The tool should be especially beneficial to indie devs working in Unreal Engine as this level of fidelity tends to only come from AAA studios that have big enough budgets and time to spend on character realism.

MetaHuman Creator also features a ‘Level of Detail’ (LOD) option which simplifies the materials for each character, reducing the quality to make crowds of people for example or to ensure performance is maintained across a range of devices. Thus it could be a great tool for virtual reality (VR) developers looking to create immersive worlds with characters that look strikingly real. Imagine an Epic Games MetaHuman combined with the tracking features of the HP Reverb G2 Omnicept.

The online tool could also see the rise of more realistic Virtual Beings. These are AI-driven characters like Fable’s Lucy – who recently attended the Sundance Film Festival – which can respond to your actions and remember them, creating a dynamic narrative in the process.

You can request access to the MetaHuman Creator tool today, with applicants being gradually added. Epic Games will also provide 50+ ready-made MetaHumans, download them from Quixel Bridge to use in your project. 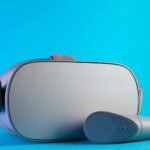 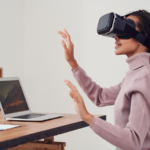 Smartphones Are on Their Way Out, and...