Body, Avatar, and Me: Exploring the Self in Social VR

In many ways, social VR blurs the lines between being in-person and being in VR.

Reading formal research on avatars and self-presentation online is a little mindblowing for me. Growing up in the 90s in a town with a population of around 1,600 at the time, I found it hard to find common ground with anyone in my area. I was a nerd through and through — I loved anime, manga, Japanese video games, writing, and art. My library did have an anime club that met once a month, but most of the attendees were a fair bit older than I was.

That led me to the internet of the early 2000s to make friends. I started creating avatars and figuring out how to project myself in different communities online when I was eleven or twelve. So many of these things unfolded so naturally for me that it’s fascinating to see similar concepts coming under the scrutiny of academic research.

While reading Body, Avatar, and Me: The Presentation and Perception of Self in Social Virtual Reality, a study by two researchers at Clemson University, I found myself relating quite a lot of the digital presentation phenomena they described. Even though I did the bulk of my socializing online in the dark times of dial-up, long before VR headsets were easily accessible, many of the ways people present themselves in VR has parallels to general online interaction.

Social VR offers an opportunity to bridge the divide between online and offline projections of ourselves.

I was intrigued and rather surprised at the creative ways some of the participants the research team, Guo Freeman and Divine Maloney, interviewed deviated from their real-world identities completely. Some participants’ avatars were birds or projecting themselves in a way that looked nothing like they did in real life. However, they did note that the “majority of participants” opted to create something similar to their real-life selves.

Personally, I feel like it’s normal to do such things in something like an MMO, but a bit stranger in a social VR situation. I personally would feel very pressured to create something a bit more true to how I look in real life if I was going to use my real voice and body language. That presence of body tracking adds another dimension of interaction that’s true to life — arguably, it could be even more personally engaging than Zoom.

I thought it was particularly interesting when the researchers looked at presenting the platform-specific self. For example, one participant commented on how she did a true-to-life avatar in AltSpace and Rec Room, but something wilder in VR Chat since the community on there is described as “more creative” and often uses aliens or creatures. This was interesting because it’s reflective of a lot of my experiences online; you observe a community and adapt to it.

During my many years of socializing online, I’d often try to get a sense of a community and decide how much of myself I could share. In anime and gaming communities, I’d be wild and silly. In writing communities, I’d tend to be a little more professional, a little quieter, and more calculated.

When I started working, I didn’t have any trouble emulating the behavior I saw other professionals doing. I slipped right into a quiet, friendly, well-dressed persona easier than any of my friends did.

Growing up online conditioned me to observe and become a chameleon. While this does technically count as fragmentation of identity, it helped me get my career off the ground a lot faster than many of my fellow college students. I started working full-time when I was a junior with my first real adult job; health insurance, a retirement plan, the whole package. I was only 20.

In general, people seem to have extremely different experiences in social VR.

When looking at gender expression in VR, the researchers cited how many participants, regardless of gender in real life, would present themselves as female in social VR situations. Participants who identified as female both in real life and in VR have very different experiences with socializing in VR.

Some did report sexual harassment or at the very least, rude microaggressions. Others didn’t seem to have the problem at all. I almost wonder if this is more an issue of some females becoming desensitized to microaggressions rather than a true depiction of the way these different female avatars were treated online. The unfortunate reality of being a female on the internet is that you probably are going to get rude comments pretty frequently.

Social VR is an interesting fusion of the dynamics of protecting your identity online while still getting comfortable with real-time interactions.

It’s fascinating to read how social VR is creating an opportunity for people to explore their gender identities in new ways. Even smaller changes, such as becoming more comfortable in social settings, are quite interesting. One participant commented that “social VR not only made me more confident there but more confident in real life.”

In some ways, I may be guilty of an emotional version of the proteus effect. Online, I’m confident and well-spoken. In person, I struggle to time conversations perfectly and tend to never verbalize my thoughts and feelings as well as I can when I’m writing them. Subsequently, I always try to aspire to my online levels of extroversion and eloquence. 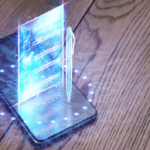 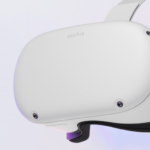