One of our longstanding picks for potential AR killer apps is visual search. Its utility and frequency mirror that of search, while it carries a relatable “search what you see” proposition. It’s also naturally monetizable and Google is highly motivated to make it happen.

As background, visual search has dual meanings including reverse-image search on Google desktop. But what we’re talking about here is pointing your smartphone camera at an item to contextualize what it is, or where you can buy it. One place this takes form is Google Lens.

Speaking of Lens, Google disclosed at Search On 2020 that the search tool now recognizes 15 billion products This is 15x growth in two years, given the December ’18 announcement that it recognized one billion products. This is a key metric as it defines Lens’ breadth of utility.

But visual search may not be a winner-take-all market, nor one that is Google-dominant. Is there room for specialty players in business verticals, or in horizontal use cases like shopping? If so, a clear candidate for “camera commerce” is increasingly becoming evident: Pinterest.

To set the stage on Pinterest’s overall positioning, AR is one of many initiatives as it continues to enjoy sizable growth inflections and Wall Street performance (similar to Snap). This was most recently seen in its Q4 earnings where it achieved 76 percent year-over-year revenue growth.

The number of advertisers on Pinterest meanwhile grew 6x while product searches grew 20x and active users active grew 37 percent to 459 million. Much of this was pandemic-driven, as all things eCommerce have inflected over the past year, but it also represents Pinterest’s organic growth.

The usage and revenue stats above include all the formats that Pinterest has developed, including its flagship pins and boards for sharing visual media in popular categories like food and fashion. But this core use case also represents fertile ground to germinate AR and visual search.

Specifically, Pinterest Lens is its visual search feature that lets users point their phones at items to identify them. Last year, it extended its “Shoppable Pins” functionality to Lens so that visual search could seamlessly lead into transactions.  This fits directly into Pinterest’s broader ethos.

“We see shopping as this bridge between the two halves of our mission, inspiration and action,” Pinterest CEO Ben Silbermann said during the company’s Q4 earnings call. “For pinners, we’ve made progress by expanding the number of surfaces to let them shop.”

Going deeper on Pinterest Lens, it recognizes 2.5 billion products, and its engagement continues to grow. To achieve this, Pinterest applies the visual product database it’s developed over years of user-pinning behavior. This serves as a sort of AI training set for visual object recognition.

If this sounds familiar, it’s similar to how Google Lens works. As we’ve examined, Google is positioned well for visual search because it has served for 20 years as the world’s search engine, including images. Pinterest can’t rival that breadth of images…,but maybe it doesn’t have to.

In other words, Pinterest’s visual database is strong where it needs to be: shoppable products. This is narrower than Google’s “all the world’s information” mission, but it aligns with monetization. That could induct Pinterest into the small club of revenue-generating AR plays.

In that way, visual search supports Pinterest’s road map to increase ad inventory by making the physical world pinnable. That’s particularly true in Pinterest-strong verticals like fashion, home goods and food, where these products surround us and can trigger shoppable engagement.

Pinterest is likely closer to that point than anyone else, given its established use case for product-based image search. This means that the leap to AR  isn’t a big one. “Camera commerce” in the above product categories is a natural extension of everything Pinterest has already built.

The remaining question is how visual search will gain traction with a broader base of mainstream consumers. Is holding up your phone easier than typing or speaking a search query? It depends on the search subject, as holding your phone up to a lamp is more effective than describing it.

But visual search isn’t culturally mainstream yet, and requires a behavioral shift that’s physical in nature (holding up a phone). History has taught us that this is a difficult and slow-moving process. And it will only apply in situations where the subject is in view/proximity, versus recalled.

The technology will continue to progress and gain traction as a feedback loop reinforces its value and reliability — especially among camera-native Gen Z as they gain purchasing power. Google will also continue to incubate visual search and plant it at easier touchpoints to acclimate users. 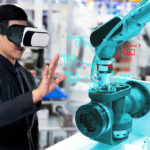 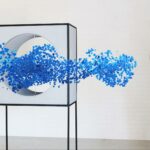