This Study Explores The Health Risks Of VR

Researchers observed muscle strain in the neck and shoulders caused by prolonged use of VR.

As developments in virtual reality (VR) technology continue to progress, it raises several questions regarding implications in areas beyond the products themselves. While VR has certainly opened up more possibilities by allowing for more interactive experiences, the health implications of extensive muscular strain has barely been touched on.

Researchers from Oregon State University (OSU) conducted a study exploring muscular movement in VR applications and how they potentially result in muscle strain and injury.

“There are no standards and guidelines for virtual and augmented reality interactions,“ says OSU researcher Jay Kim. „We wanted to evaluate the effects of the target distances, locations and sizes so we can better design these interfaces to reduce the risk for potential musculoskeletal injuries.“

In the study, the researchers focused on the effects on the neck and shoulders.

To measure the electrical activity in their muscles, the researchers used motion capture technology to record the participants’ movements and electromyography.

According to the results, discomfort in the shoulder was persistent after only three minutes of activity, regardless of the angle. This suggests how prolonged use over extensive periods of time can eventually lead to serious complications such as gorilla arm syndrome and rotator cuff injuries. On top of that, prolonged wearing of the VR headset can also result in neck strain, leading to damage in the cervical spine.

When the participants had to tilt their heads down 15 to 30 degrees for the coloring activity, the researchers observed that they performed poorly due to discomfort. The most amount of discomfort and muscle activity was at 15 degrees above eye level as participants had to maintain an elevated position.

According to OSU, the overall goal of the study was “to establish a baseline of optimal object placement and angles” to help VR designers and developers understand user discomfort.

Prolonged computer use is notoriously known to cause a number of complications such as carpal tunnel, stiff shoulders, and eye-strain headaches. As VR is slowly evolving past gaming and integrating itself in industrial and educational applications, the call to learn its health implications is incredibly significant—particularly while it is still in its early stages.

According to tech analysts, approximately 168 million individuals worldwide will be owning and using some form of VR by 2023. Understanding its future health implications early on can not only prevent risks but encourage developers to design better UX for users.

The researchers also expressed their thoughts on user design: “Based on this study, we recommend that objects that are being interacted with more often should be closer to the body,“ Kim says. „And objects should be located at eye level, rather than up and down.“

The study was published in Applied Ergonomics. For more information, you may read their findings here.

For more news and stories, check out how this graphic card is making virtual reality more realistic here. 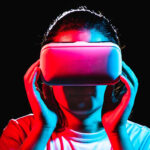 Underwater Meditation and the Therapeutic Benefits of VR 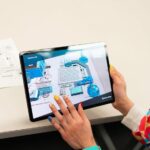