Eye and face tracking would amp up VR social features.

In a podcast interview for The Information, Zuckerberg expounded on the next decade in virtual and augmented reality, including future Oculus VR devices. “One of the things that I’m really excited about for future versions is getting eye tracking and face tracking in, because if you’re really excited about social presence, you want to make sure that the device has all the sensors to really kind of animate realistic avatars so you can communicate well like that,” Zuckerberg says.

Zuckerberg says hardware changes are a major focus for avatar-building. In VR, “the biggest things that we’re very focused on now are, how do you pack basically more sensors to create a better social experience into the device,” he says. “When I think about where you’re at with VR today, you go into the experience — there are some pretty good games and different experiences. But I’d love to get to the point where you have realistic avatars of yourself, where you can make real authentic eye contact with someone and have real expressions that get reflected on your avatar.”

Facebook has released multiple iterations of VR avatars, and Zuckerberg says a new generation of avatars is on its way later this year, with more realistic versions beyond that. He compared his desired quality with Epic’s MetaHuman tool, which lets animators produce highly detailed virtual faces — but he wants Facebook to generate these kinds of avatars through machine learning at a large scale.

Otherwise, The Information’sinterview confirms several known areas of interest for Facebook. Zuckerberg indicates that Oculus is already envisioning “Quest 3 and 4” hardware — an indication that Facebook remains committed to the Quest standalone VR design for the near future. Facebook also has an active interest in augmented reality, with a pair of smart glasses launching later this year, but Zuckerberg reiterates that they won’t have standard visual AR elements.

He also discussed the Facebook acquisition of CTRL-Labs, which makes armbands that detect and interpret neural signals — a partial alternative to invasive brain-computer interfaces like Elon Musk’s Neuralink. “We don’t think that people are going to want to get their head drilled open in order to use virtual or augmented reality,” Zuckerberg says. He notes that Neuralink has very real applications, particularly for medical technologies like prosthetic limbs. “But ultimately, I don’t think [that] is going to be part of a consumer product that gets offered anytime soon.” 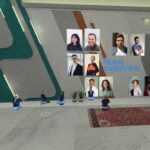 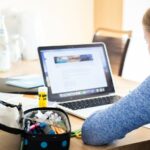 Virtual Learning and the Future of Work