‘First Steps With Hand Tracking’ and ‘Tiny Castle’ are available now via the Oculus App Lab.

It was back in 2019 that Facebook first began rolling out support for hand tracking on the Oculus Quest. Using the headsets’ built-in cameras, players could for the first time ditch the Touch controllers and interact with VR content using their bare hands.

Since its release, however, we’ve seen little use of the feature beyond a few minor tech demos designed to showcase potential gameplay mechanics. Several existing titles, such as the VR fantasy magic game Waltz of the Wizards, have experimented with hand tracking support, though we’ve yet to see the technology really take flight on standalone headsets.

A rerelease of the companies original introductory experience, First Steps lets new players get a feel for their VR environment, allowing them to interact with a variety of objects in order to help better acquaint them with the Touch controllers. You can play table tennis, operate a remote control blimp, smack a tetherball around, fondle some cubes, or perform the cha-cha-cha with a robot dance partner.

First Steps With Hand Tracking offers the same experience, only instead of interacting with the in-game world via your Touch controllers, you instead use your own two hands. Trying it out for myself, I found the interactions to be wonky. The tracking quality is hit-or-miss and you often have to close the entirety of your hand in order to pick up certain objects, which can kill the immersion depending on the shape and size of the item. This is an App Lab release, however, so bugs are to be expected.

In addition to First Steps With Hand Tracking, you can also check out Tiny Castles, another free demo for the Oculus Quest and Oculus Quest 2 designed to showcase the capabilities of hand tracking. In this VR puzzle adventure, players take on the role of a powerful god tasked with using their incredible abilities to free their believers and destroy the “obelisk,” thus ridding the world of evil. Along the way, players will need to overcome a variety of unique challenges using their bare hands, from solving complex puzzles and operating ancient machinery to battling a variety of miniature enemies.

“Included is the “Playground” level which is the best place to experience all of the game mechanics in an isolated setting while the actual game levels demonstrate these mechanics in real game scenarios,” states the official game description.

Both First Steps With Hand Tracking and Tiny Castles are available now for free via the App Lab. 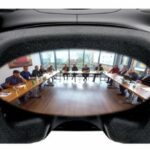 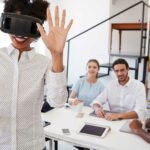