Working from home always sounded like a great concept in theory, especially when sat on a train commuting to the office at seven thirty in the morning or stuck in gridlocked traffic. For those able to, that fantasy became a very real reality during the course of 2020, as offices were closed and everyone had to become immediately proficient in managing video calls. Yet there is another way, where you can have face-to-face conversations in digital worlds which emulate that feeling of working together, something you probably didn’t think you’d miss until now. In this new series VRFocus is going to deep dive into the world of remote collaboration and what it holds for the future.

Down the XR rabbit hole…

You may think why bother with all the fuss of a virtual reality (VR) headset and the specific software for remote collaboration when you can just video call using your laptop’s built-in camera. Honestly though, aren’t you already bored with meeting after meeting staring at a sea of faces who’ve slowly decided that getting ready for work went from looking sharp and groomed to wearing hats that hide bed hair. Because that’s how it feels. A quick chat with friends and family over video call is no bother as you can just lay in bed or chill in the garden with your phone. That doesn’t look so good when having a meeting with colleagues or clients anywhere in the world.

Plus there’s that loss of connection (no that doesn’t mean your dodgy Wi-Fi). In a workspace – whether that’s a meeting room, open plan office or even the pub – most of us thrive on being able talk in close proximity, and that’s where ideas can really flourish. The same can’t always be said for Zoom or Google Meet calls, lively debate suffers in the process as everyone tries to get their point/idea across.

Which is where VR or augmented reality (AR) comes into play as a means of bridging those long distance barriers, providing a similar level of interaction in a friendly space where groups aren’t frowned upon! And it doesn’t require a high level of tech savvy either, a lot of these new apps available facilitate both VR and non-VR users so if you find you really don’t like VR you can still take part – just with a lot less interaction.

An ocean of possibilities

This brave new frontier doesn’t need to be daunting, scratch the surface and there’s plenty of fun to be had whilst diving deeper uncovers specialist features tailored to specific industries. Like any tool or piece of software you need to find what’s right for you or your company. Big multinationals already use XR for collaboration, training and design purposes like Nvidia’s Holodeck used by Koenigsegg or SkyReal, originally conceived internally at Airbus. However, most of you may just want to jot notes down, upload a pdf or hold a PowerPoint presentation. If that’s the case then you’re in luck, you can do just that!

To get you started, apps such as Spatial or Glue can be a great launch point offering free access to their apps so you can test them out on headsets like Oculus Quest 2. These kinds of apps let you host small groups, offer basic storage and can support 2D and 3D file uploads. Business can then take that a step further by paying for licensing packages which allow for greater room sizes, more storage and greater freedom to personalise spaces. Paying opens the door to more apps specialising in remote collaboration like The Wild, SkyReal, VisionxR, Vive XR Suite and many more – which VRFocus will detail in future articles.

While the feature sets may differ depending on whether they tailor to small startup teams or a multitude of teams across regions, there’s one thing that links them all, that feeling of presence. You can all sit around a table to have your meeting, write ideas on a giant board or hand a 3D model between each of you. XR has always had that ‘you need to try it to understand it’ requirement so all of this may seem unnecessary. After a couple of immersive meetings, the thought of a video conference will just be boring.

Buying into the XR dream

Of course, this does mean buying new kit – or persuading your company to if you’re not the boss. Just like buying any piece of tech, there are various avenues to explore, thankfully unlike a new laptop there aren’t a plethora of options.

Firstly VR or AR. Then you’ve got deep pockets with thousands to spend then go nuts, Microsoft HoloLens 2 or Magic Leap One offers mixed reality, holographic solutions whilst Varjo or VRgineers are on the VR high-end. It’s more than likely that factoring for a multitude of employees or the budget-conscious startup that price will influence the decision. PC VR is one way to go, with headsets like Vive Cosmos or Valve Index solid choices. As these are cabled and require a PC that might not suit everyone, especially if they want to be light and mobile.

So we come to standalone VR as the most likely route the majority will take into this space. Oculus Quest 2 is going to be the front runner in this field as it is dominating the market quite frankly. But individuals do need a Facebook account or there is the Oculus for Business route, both with their good and bad points depending on circumstances. Others in this field like Pico Neo 2 and Vive Focus Plus do provide viable alternatives yet the software support varies wildly.

All of this means that now is a good time to begin integrating this kind of technology into your everyday working practice. Companies like Facebook already envision a world where at least half of employees work from home within the next decade, reducing costs, the stress of commuting and more. This can’t solely be achieved through video conferencing or email, with XR offering a viable route for digital collaboration. Even when the pandemic subsides and things return to normal, every day 9 to 5 work life may not, so why not start to adapt now? 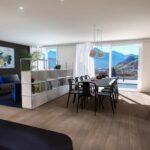 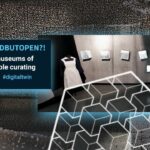