While Samsung still has an interest in virtual reality (VR) like many tech companies at the moment, it’s augmented reality (AR) which poses a greater interest moving forward. Over the weekend a couple of concept videos leaked reportedly showcasing two Samsung models; Glasses Lite and AR Glasses.

Both videos were care of well-known tech leaker WalkingCat, the Twitter account which leaked all those Oculus Quest 2 images two months before the official announcement. They present two very similar-looking pairs of glasses but each has a very different use case. It’s also worth pointing out that the videos are likely to be internal concepts rather than fully realised consumer products.

First up are the Samsung Glasses Lite. These reasonably stylish, chunky glasses are the simpler of the two, allowing users to watch a film, video chat or connect to a PC to work using a large holographic screen. The device offers some interesting features like being able to control what you’re viewing with a smartwatch or activating a ‘Sunglasses Mode’.

The second video showcases the Samsung AR Glasses which have a familiar design and use to similar AR devices like the Nreal Light. Dubbed the ‘Next Wearable Computing’ vision, the AR Glasses provide hand tracking and holographic modelling ideal for enterprise scenarios, so users can review designs or chat with colleagues as if they’re in the same room.

These are the types of devices VRFocus expects to see a greater number of over the next year or so. Unlike models such as Microsoft HoloLens 2 or the Magic Leap One, which are expensive and quite bulky, Samsung is trying to go down the route companies like Rokid are exploring. The split models are very reminiscent of HTC’s ‘Project Proton’ concept from last year.

One main reason VRFocus also thinks these are concept videos from Samsung is the lack of cabling. Unless the company has done what no one else has been able to and fit all the processing power into those frames, the more likely scenario is that both designs will cable to the latest gen Galaxy smartphone. 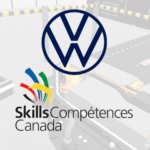 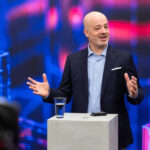