A year ago, Kai Frazier gave up her home and the life she knew in Washington, D.C. to pursue a social impact-driven venture that would transform the way children in impoverished communities view history and culture through virtual reality.

Nearly 3,000 miles from her comfort zone in the nation’s capital, Kai got to work in Oakland solidifying her presence as a VR founder.

“VR allows my hands to be untied. I can show students a world beyond their current circumstances. I can expose them to people who are different from them at an early age so they don’t fear differences,” she told ThePLUG. “I can expose them to new careers, careers that need a college degree and careers that don’t. Exposure is life-changing. Once you’ve seen it, you can’t go back.”

According to the Pew Research Center, roughly 15 percent of households with school-age children lack access to the internet. The digital divide or “homework gap” is worse, particularly for minority students and those in rural areas. Thirty percent of Black teens do their homework on a smartphone, 25 percent have unreliable internet access if any, and 21 percent use public wifi to finish assignments.

Kai believes all children, especially students in Title 1 schools, are entitled to an immersive education and should be granted the space to dream beyond their current reality.

“Through my VR, I want children to dream big and explore the world. I want them to not be afraid to fail and to know it’s okay to have multiple interests and career paths,” she said. “I want kids to learn about their history and culture and the world’s history and culture. I want them to stay curious and never stop asking questions. Most importantly, I want children to know they don’t have to be a victim to their circumstances and that they can make their own paths.”

As a child, a world of fantasy and discovery was beyond her reach. Kai opened up about her share of misfortune and her struggles as a homeless teen. She found support from a few teachers that helped her make ends meet and graduate high school. Soon she began a path to college which led her to become a history teacher. For the next decade, Kai stood face-to-face with many students in a predicament she knew all too well—poverty. Their problems at home spilled into the classroom which ultimately impeded their growth which placed limitations on their potential.

“The hood has no shortage of geniuses or prodigies. Just a shortage of resources and opportunities. While teaching, I always felt like my hands were tied,” she said. “I’m surrounded by talented students who are living through large amounts of trauma, hopelessness, poverty and they’ve never known anything else. That affects the way they show up for school if they show up—truancies and drop-outs. It affects the way they envision their future or lack thereof.”

Upon leaving the classroom, Kai took her history expertise to the museum space in D.C. She quickly noticed children in low-income communities were not afforded opportunities to become enriched in culture and see the bigger picture behind the exhibits. And when she looked around, there were very few people of color in positions to change the status quo.

“This is a day in the life of me working in a museum. This is from a recent IG post I made for #WomensEntrepreneurshipDay about deciding not to take another museum job and to work for myself. I remember hearing non-educators present terrible ideas for schools but having to nod because even as an educator of 15 years, offering an opinion as a Black woman was often viewed as argumentative. I think about all the big marketing meetings I sat in and routinely had to ask white male colleagues to speak for me because I was the only Black woman in the room and my voice routinely didn’t hold water. I often listened to men ‘school’ me or mansplain something because they assumed I wasn’t a degreed Historian, just like them. So when it came time for me to apply for a job, (believe me I tried) I couldn’t bring myself to do it. My eyes watered at just the thought. I realized I wasn’t good at playing dumb to make others comfortable,” she wrote in an email.

Kai said she had one of two options. “Either I would continue to be part of the problem, or start my own company to offer a solution.”

Her solution was Curated x Kai, a virtual reality startup based in Oakland bringing field trips to museums and cultural institutions to classrooms in underserved communities.

Over the last year, she released a pilot project using 360-degree video at the Martin Luther King Jr. Memorial, grew to a team of five including a CTO she met from her work at the U.S Holocaust Memorial Museum, and her company was featured in South x Southwest’s Tech Startup Spotlight.

Most recently, Kai graduated from Founder Gym’s cohort 4.  While she heightened her knowledge on how to access capital and grow her company, Kai says she found a family of founders at FG who have her back. Kai is actively seeking investors and says the program presented a newfound self-awareness regarding finances. She’s learning to check her attitudes on money which stems from her past belief that she was undeserving of wealth.

Today, Kai says she can finally acknowledge she deserves abundance as both a founder and Black woman. “I’m still learning to take the time to acknowledge all the small wins that add up to make the big wins.”

In late November, Curated x Kai launched inclusive virtual reality field trips using a subscription-based model for VR classrooms available to public schools as well as colleges, universities, juvenile detention centers, children’s hospitals, and individuals with a zest for VR education. In short, Curated x Kai videos send children on a field trip to a museum without the price of admission and never having to leave the classroom. Kai is Ms. Frizzle and a pair of VR goggles serves as “The Magic School Bus.”

As she walks into year two, Kai is poised for greatness using the last 365 days of growth as her guide. “I’m still learning how to think big. Bigger than myself. As one of my advisors reminds me, ‘Change the world or bust. That’s it. There’s no in between,’” she said upon reflecting on her first year as a tech founder. “I’ve learned what makes companies successful isn’t everything going right, but continuing to show up when things look terrible and to not quit and keep pushing forward.” 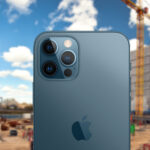 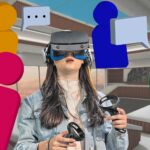 Virtual reality is transforming what it means to work from home

Reports of VR’s death have been greatly...