The Cost of Medical VR Training

“Medical education is changing. Simulation is increasingly becoming a cornerstone of clinical training… With increasing pressures on budgets and standardisation, virtual reality (VR) is emerging as a new method of delivering simulation. VR offers benefits for learners and educators, delivering cost-effective, repeatable, standardised clinical training on demand. A large body of evidence supports VR simulation in all industries, including healthcare. Though VR is not a panacea, it is a powerful educational tool for defined learning objectives and implementation is growing worldwide.” – Dr. Jack Pottle, featured by Royal College of Physicians. (ref)

Like we’ve seen with society’s past transitions to personal computers, mobile devices and other new technology platforms, the question of price and ROI is always top-of-mind. So how much does it actually cost to implement medical VR training? For the purpose of this analysis, we are going to focus on the two most viable fully-immersive VR headsets that are currently available, the Oculus Quest 2 and Pico Neo 2. It’s worth mentioning that Apple is rumored to be releasing a new VR focused HMD in 2022, and Lynx will be releasing their new mixed reality headset in the near future as well.

It’s encouraging to see VR hardware becoming increasingly inexpensive and accessible, with consumer six degree of freedom standalone headsets like the Oculus Quest 2 coming in at $299, vs a similar experience back in early 2019 costing upwards of $2,000. The older (2019) systems like Oculus Rift or HTC Vive require a powerful gaming computer and external tracking systems. Oh how far we’ve come. With that said, if you want to use the Quest 2 for commercial purposes, Oculus requires the purchase of Oculus for Business devices. These enterprise edition headsets come in at $800 before shipping and handling, and feature a pesky $180 annual fee, which is “generously” included for the first year in the purchase price. To justify this cost, the Oculus for Business platform provides additional resources and support targeted at enterprise applications. Even though this is almost three times the cost of the baseline consumer version, it’s still 60% less expensive than the $2,000 setups that were the norm only two years ago.

As the other viable standalone option you have the Pico Neo 2 coming in at $699. This could be considered a consumer device as well, although their content library only has a small fraction of what is available in the Oculus store, thus mainly positioning the Neo 2 as an enterprise device. All-in-all, Pico provides a great standalone solution for less than the Oculus for Business headsets and has WAY less strings attached. You can use it however you’d like with very few limitations or walled gardens. They are definitely giving Oculus a run for their money and I know a lot of developers who are switching to the Pico platform for its ease of use and more flexible nature.

Now what does this all mean for medical VR training? Let’s say you purchase a VR headset and plan to use it on rotation to train your staff. If you choose to go with the Oculus Quest 2 enterprise edition, you’re looking at about $900 for the first year including shipping, an extra battery pack and a silicone faceplate cover, vs about $800 for the Pico Neo 2. Now using our PPE VR training as an example, the sessions take about 20 minutes, with the shortest taking only four minutes when a user logs in to pass the test mode and verify their competency. So if we create 30 minute windows designated for each user’s session, and you have an eight hour day for training (although many hospitals can find plenty of time beyond the static 9 – 5 workday), you are looking at 16, 30-minute windows throughout the day. Let’s say we end up running at 65% capacity due to no shows or rescheduling. That leaves us with approximately 10 sessions per day (10.4 to be exact). Now at five days per week, that’s 50 sessions per week, 200 per month, 2,400 per year, 4,800 every two years, and finally 7,200 every three years. Both the Quest 2 and Pico Neo 2 should last an organization well beyond a year, likely at least two or three.

Here is a breakdown of how much it would cost per session for the enterprise edition Quest 2 and Neo 2 over different durations of time:

As you can see, if you look at the price of VR hardware over the course of a year it’s only $0.38 or $0.34 per session for Quest 2 or Neo 2 respectively. If you look at cost over three years it’s only $0.18 or $0.11 per session. There will likely be some additional costs like occasional technical support and batteries if you’re not using rechargeable AAs, as well as the VR training software license which can vary significantly in price, however this breakdown is designed to show the baseline hardware costs. From a technical support perspective, we have found these headsets to be reliable and relatively hassle free after they have been set up initially.

When comparing this baseline cost, the savings are hyper-apparent. If you consider the cost of entirely in-person training, the hourly rate based on the average annual salary of a clinical educator ($82,405) comes in at $40 per hour. So at its baseline, you are looking at $20 for a 30 min session, plus the cost of all the physical PPE which we have calculated to be about $6.17 per session (face shield, respirator, gown, gloves, etc). The PPE required for a VR session (bouffant, gloves, VR face cover, etc) comes in at $0.89 (following a strict infection control protocol) and can be as low as $0.24 per session if users forego using gloves or a disposable VR face cover during training (they would still use a sanitized silicon faceplate cover on the headset).

With traditional in-person training this would be somewhere in the range of $26.17 per training ($20 instructor time + $6.17 practice PPE).

The following metrics are based on one-on-one training being replicated in a VR environment.

In this example, VR training ends up being 23x less expensive than in-person training, saving more than $108K over three years, before the cost of the VR software licenses. Some of our clients have tens, if not hundreds, of thousands of employees who need to be trained on these skills. For a group with 50K staff this would be a $1.25 million annual savings. When you start looking at surgical procedures where students are working with expensive and fragile equipment and practicing incredibly high-risk procedures, the pure financial ROI can be even higher. For example like PrecisionOS who showed that by doing their VR courses, training cost could be 34x less expensive. This makes sense when a small piece of Simulab epidural tissue can run almost $1,000 per unit.

Of course these numbers are very high-level and don’t include the VR software license fees (which can vary greatly), however they are designed to represent the broad differences between the two types of training. In practice, we’ve seen that it’s best to have a blend of both in-person and VR training. Much like the aviation industry where a significant portion of training is conducted in a flight simulator, you still need to practice landing a real plane before you’re allowed to transport passengers.

With this said, the above metrics don’t even consider all of the additional benefits you get from VR like data collection, unlimited re-do’s with the virtual PPE or other equipment, and reduced logistics costs of coordinating multiple schedules. This is a nice graphic from Oculus highlighting some of the many benefits of using VR.

VR training is clearly the future and it will only continue to expand rapidly as the technology and awareness expands. We know the exercise above is not exact however it does illustrate the scalability and inherent value of VR technology for medical training. We’re excited to do our part at Axon Park to make this type of training more accessible to students around the world, and we look forward to the day when everyone has access to premier immersive education (ideally for free). We will get there! 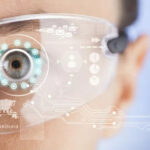 Why hands-free, wearable computing has become a necessity for industrial work environments 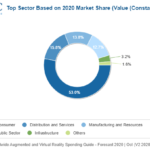