AR’s pandemic usefulness can serve industries in new ways beyond the COVID-19 onslaught.

Most people don’t know augmented reality was first created and tested in the late 1960s: by a Harvard professor, with a wired head-mounted display. Incredibly secular and in need of the right software and hardware components to get off the ground, AR as we know it wouldn’t see major leaps in the public sector until the mid 2010s.

In 2014, Google Glass launched–to much fanfare, and nascent jokes online–quickly followed by the original Microsoft HoloLens. Finally, after an initial boom of popularity inspired by the animated confections of Pokémon GO, augmented reality reached the lexicon of the layman in 2016. But from there…it waned.

Augmented reality became most prevalent in the facial recognition and scanning arena, with social media filters and advertising applications. There were, and still are today, the ‘virtual try-on’ phenomenon ranging from glasses to furniture, spurred by change-making brands like IKEA.

But the technology didn’t crack the mainstream in entertainment the way many tech observers had predicted. Onboarding in those capacities lagged behind.

This all changed when the pandemic struck. During the Spring and Summer of 2020, production institutions in particular–commercials, filmmaking, television and game development, among others–had to think beyond the scope of in-person creation. Augmented reality applications, coupled with advances in AI, saw an uptick.

As in-person events and conference panels went virtual, AR activations emerged to entertain and entice. Filmmaking enterprises were forced to think of virtual solutions to make up for their lack of studio shoot days due to rigid COVID-19 guidelines.

AR boons may continue to serve the creator following the pandemic, where convenience and affordability are concerned. One of these boons, as mentioned, is the AI-driven body and facial capture technology augmented reality can provide, to replace close-proximity human motion capture.

Safety Gets an Augmented Reality Assist

With the increase in demand for safer filmmaking techniques, startups strove to assist creators of all sizes with answering that crucial question: how can we capture human motion without the ‘human’ present?

Where animators are concerned, they can use these scans as rigs for their animations without the need for mocap suits, or expensive virtual production sets, saving rental costs and the subsequent disinfecting/safety costs accrued during the pandemic.

In the case of live-action filmmaking, augmented reality could cast these scans of individuals and objects into pre-rendered locations without their being present, saving individuals from harm while promoting communication and connection–forecasting a virtual era to come far sooner than expected, thanks to the rapid pace of innovation forced in part by COVID-19 risks.

While XR, including AR and AI, had begun to decline in public interest in the latter half of the 2010s, the pandemic saw a jump in their use again as virtualization was embraced once more, out of necessity.

In the filmmaking and creative industries, a huge aspect of creation is in-person, and human motion-tracking technology uniquely fits these challenges. We expect to see in 2021 a continued use of AR to replace in-person creation because, even with a vaccine in sight, there is a level of affordability, convenience and safety we won’t be able to ignore for quite some time. 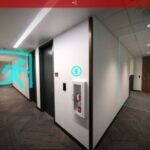 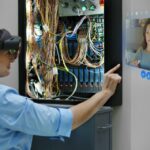 How to HoloLens 2: Der Einstieg in eine neue Computing-Realität