Mozilla announced a redesign for its Hubs web-based social experience that connects people across a wide range of Internet-connected devices including VR headsets.

The design features a new chat experience and different user interfaces depending what kind of device you’re using to connect. The service works across desktops, mobiles and VR headsets with components that make is super easy to set up a room and share with friends. On an Oculus Quest, for example, you can set up a room on another device and get a four character code to enter into the Quest browser and join from standalone VR.

A blog post from Mozilla notes that the user interface for Hubs was very similar across devices even though “vast majority of Hubs users are visiting rooms on non-VR devices.” The newest update separates the mobile and desktop interfaces “and makes the experience of being in a Hubs room more tailored to the device you’re using at any given time. We’ve improved menu navigation by making these full-screen on mobile devices, and by consolidating options and preferences for personalizing your experience.”

Previously, messages sent in Hubs would disappear after a few seconds and were displayed in a way that could obscure the view of a room. “With the new chat sidebar, you’ll be able to see chat from the moment you join the lobby, and choose when to show or hide the panel. On desktop, if the chat panel is closed, you’ll still get the quick text notifications, which have moved from the center of the screen to the bottom-left,” according to the blog post.

For customers of Mozilla’s Hubs Cloud the new interface will release after March 25th, 2021. If you’re running the software on Amazon’s servers without customization, the update should be automatic. There’s a guide to explain how to make the changes if you’re using a forked version of Hubs.

Mozilla laid off hundreds of people in August 2020 with many of the people working on VR losing their jobs. Hubs, however, survived the restructuring and today’s announcements represent some of the first big changes announced for the platform since the layoffs. 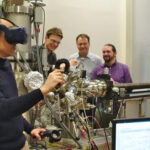 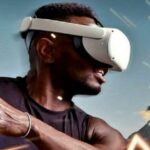