The long-awaited Microsoft Flight Simulator VR support is now live, and we’ve already jumped into it.

Below is our first gameplay video for the VR support, which is available in the PC version of the game today. It lets you access the entire Microsoft Flight Simulator experience with a headset on and supports any OpenXR devices. That means Oculus, Valve, HTC and Windows Mixed Reality should all be supported, though we haven’t tested out every device for ourselves yet.

For context, our gameplay is running on an HP Reverb G2 using a Thrustmaster flight stick and a PC with a 2060 Super graphics card via Steam. I couldn’t get the Rift S to be recognized. At first the performance was set to Asobo’s own default settings for VR and ran a very stuttery – I was able to get better (but still not great) performance in this video with some graphics settings turned from medium to low, though.

To turn on VR support you need to launch the game as standard and then trigger a toggle in the main menu. As the official new video from developer Asobo shows, Flight Sim’s VR support even allows you to have the game’s menus hovering in 3D space as you play for a more seamless experience, and you can reach out to grab your mouse and interact with the UI as you fly.

Also included in this update are two new training missions for the Airbus A320neo, new liveries and, as promised, real-time snow and realistic ice coverage via the Live Weather feature. There’s also a whole host of tweaks and fixes, although no doubt today’s VR patch will introduce many more bugs to be ironed out in the weeks and months to come. You can see the full patch notes right here.

Will you be checking out Microsoft Flight Simulator’s VR support today? Let us know in the comments below! 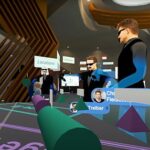 Will Virtual Reality Transform the Future of Collaboration? 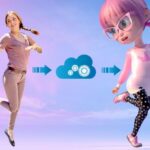 XR For Animation: The Future Is Less, Not More