Following its expansion onto new VR and non-VR platforms alike, social virtual world Rec Room is seeing serious growth. Today the company behind the project announced it has raised a $20 million Series C investment to support its growing population.

What started as a small social PC VR app in 2016 has since expanded to support not just every major VR platform, but now Xbox, PlayStation, and iOS too. Pair that breadth of accessibility with built-in tools which allow creators to make and share their own virtual experiences, and you’ve got a recipe for a thriving virtual world. With the claim of more than four million user-created experiences, Rec Room is poised to become its own marketplace thanks to the studio’s recent introduction of in-game currency which allows creators to be paid for the goods they create.

On that momentum, the company today announced it has raised a $20 million Series C investment to support continued growth. The round was led by Madrona Venture group, with participation by existing investors DAG, First Round, Index, and Sequoia. According to TechCrunch, that brings the company’s total investments raised to around $50 million.

With its recent launch on Xbox, Rec Room has reached a new peak of some 35,000 concurrent users in the app, and 10 million members in total, the company says. While VR users likely represent a minority of the users overall, Rec Room is still seeing huge success there, with the company claiming some 2 million unique VR users in 2020 alone.

“Oculus has been a great partner in helping us grow VR,” the company told Road to VR, likely signaling that Quest and Quest 2 have been a key point growth point for Rec Room’s VR usership. Total time spent in the app by VR users up four times compared to the same time last year, the company says.

Rec Room’s record growth follows other social virtual worlds, like VRChat, which have also seen major growth in 2020, helped both by the pandemic and the expansion of tools for building and sharing user-generated content. 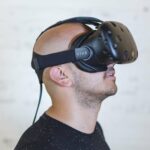