That means you can browse & watch YouTube’s huge collection of regular and immersive videos with just the headset, no controllers required.

This was already possible via the Oculus Browser, but the native app provides a cleaner experience with better performance.

YouTube VR first launched on Samsung Gear VR, which accessed an earlier version of the Oculus Store, back in early 2018. It got Oculus Go support in late 2018 and was an Oculus Quest launch app in 2019.

The app allows users to view all of YouTube’s standard 2D content, but the main focus is on immersive 360° videos- a big focus for YouTube in recent years.

Because it’s difficult to type in VR, the app provides a voice search function using Google’s best-in-class speech recognition technology, the same used in Google Home smart speakers. Users can view their own subscriptions, history, and playlists including their YouTube Music playlists.

YouTube’s continued support of the Oculus VR platform is in stark contrast to its parent company Google, which shut down its own mobile VR platform recently after ending viewer sales in late 2019. Last week it also announced it was shutting down its online library of user-made 3D assets, Poly.

YouTube VR frequently appears near the top of the Oculus Store’s Most Popular list, likely thanks to having the largest collection of immersive videos of any platform. 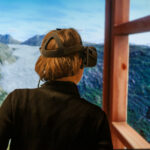 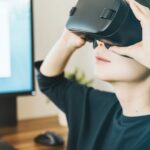 Virtual Reality: a language teaching tool for today and tomorrow