Bublar Group has announced that it has acquired Plotagon Production AB and its technology, which allows for the creation and sharing of 3D animated films in just a few minutes, according to the company.

Plotagon will now become a wholly owned company within the Bublar Group and will be part of the Group’s ‘Play’ segment, together with the game studio Virtual Brains, which has two mobile real-world augmented reality games in production: the MMORPG Otherworld Heroes; and Hello Kitty AR: Kawaii World, based on the Japanese pop culture icon Hello Kitty.

Plotagon’s platform and app allows anyone to create and share their own 3D animated movies on their phone or PC. The company recently entered an agreement with South Korean online company Naver Z, which operates the avatar platform ZEPETO and has over 180 million registered users around the world. ZEPETO is a social network app where users can create avatar content, play games and socialize with other users virtually.

Together, the companies will develop and launch an application based on Plotagon´s technology and ZEPETO´s content. According to Bublar, a commercial launch of the service will take place in 2021.

“We are making an exciting acquisition where Plotagon’s proven technology has the opportunity to meet the diverse, international user groups of ZEPETO. We look forward to working with Plotagon and the innovative team. With our expertise in virtual and augmented reality, 3D animation and mobile games we will be able to contribute to this collaboration,” said Magnus Granqvist, co-founder of Bublar and Managing Director for its game division.

ZEPETO has close collaborations in the k-pop genre, the popular Korean music industry. In September, the company launched a virtual fan-sign event with k-pop band Blackpink and American artist Selena Gomez creating an animated dance video based on 3D avatars via ZEPETO.

Filip Grufman, CEO of Plotagon Production commented: “We are very excited to be part of the global growth in user-generated content. We are convinced that our team and technology can be used for several of Bublar’s customers and collaboration portfolio of strong global brands”.

Bublar Group stated that it has made the acquisition of Plotagon Production primarily to “gain access to a solid and proven technology platform”. Since its inception in 2014, Plotagon has developed its platform and movie-maker application, which is currently available on the App Store and Google Play, as well as on desktop PC. According to the company, its main markets are the US and India, and there are approximately 300-350 thousand individual monthly active users creating films on the platform and sharing them externally, as well as around 1,000 corporate and educational customers. 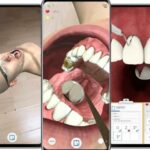 How AR Is Shaping The Future Of Dental Education